Places of Interest in Camarines Norte 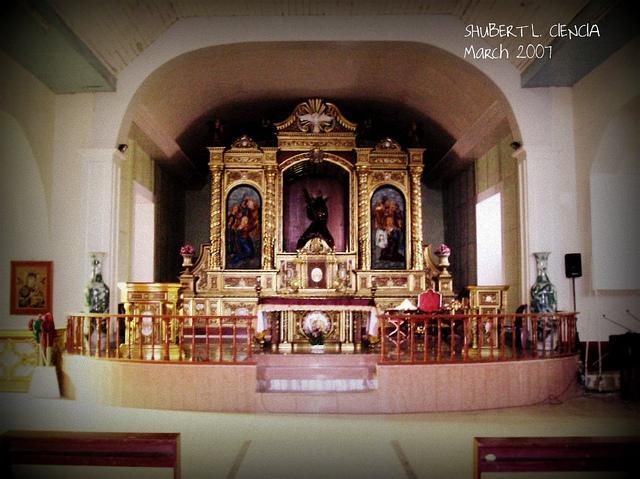 CAPALONGA SHRINE OF THE BLACK NAZARENE

Camarines Norte is a treasure trove of fascinating cultural and historical attractions that make the province a destination for thousands of visitors year after year.  Some of its many places of interests are written below:

CAPALONGA SHRINE OF THE BLACK NAZARENE

One of the famous tourist attractions of the province where all roads, it seems, lead to it every May 13.  Devotees and pilgrims of different nationalities flock to pay homage to the miraculous image of the Black Nazarene, whose shrine is right in the town proper of Capalonga.

One of the most beautiful parks in the Bicol Region with panoramic garden view, fountain, man-made lagoon, Wenceslao Q. Vinzons and Jose Rizal bronze statues (the tallest statue of Jose P. Rizal outside Metro Manila).  It showcases the cultural, historical and natural resources of the province.  It is located in front of the Provincial Capitol in Daet, the capital town of Camarines Norte.

One of the most beautiful provincial capitols in the entire country.  Reconstructed from 1986-1995, it provides a permanent seat for the provincial government of Camarines Norte.  It has 12 big front columns or posts representing the 12 municipalities of the province.

This tourist attraction sports panoramic garden view with fountain, benches, children’s playground, fountain at its entrance, snack bar, piped-in music, widescreen public colored television and skating rink.  It is only three minutes away by tricycle from the terminal.

It is located beside the former Daet Municipal Hall and it is where the First Rizal Monument and Monument of the Martyrs of Camarines Norte were erected.  It has a playground and benches.  It is a five-minute ride by tricycle from the Integrated Bus Terminal.

This is a mini-town park with panoramic garden view and mini sports complex in front of Talisay Municipal Hall, Talisay, about 10 minutes ride by jeepney or bus from Daet.

This park has a panoramic garden view with a fountain, benches and a monument of Rizal, and is located in Poblacion Labo, beside the Labo Sports Complex, about 15 minutes by jeepney or bus from Daet. 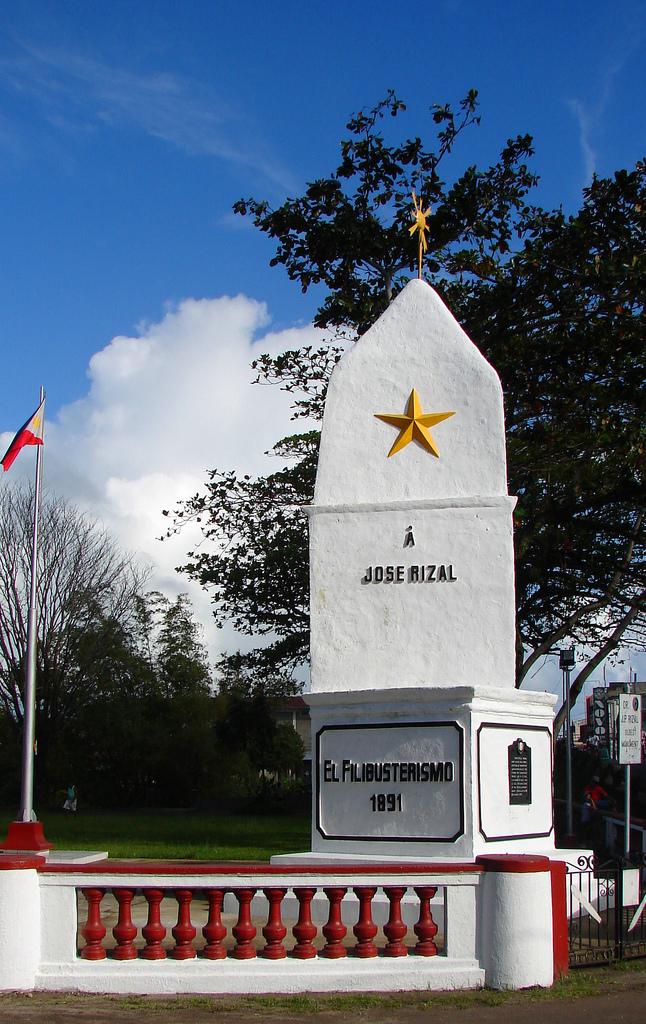 It is a three-tiered stone pylon with its square base supporting a triangle in tow stages, the last one tapering off to a point.  Built in 1898, the First Monument of Rizal in the Philippines is located across the Old Daet Municipal Hall.  Its foundation, it is believed, is made of mortar and boulders from the demolished old Spanish jail in Daet where many patriots died, making it historically and culturally significant.

It is the site of the first guerrilla encounter against the Japanese Imperial Army at Barangay Laniton, Basud, Camarines Norte.  It could be reached in about 15 to 20 minutes ride from Daet town proper.

One of the oldest churches in the Philippines which celebrated its 400th year anniversary in 1981.

It is a tow storey house, the residence of Wenceslao Q. Vinzons, Sr., a hero during the Japanese War.  It was converted into a shrine complete with public library and museum which stores the memorabilia of the hero.  It is located in the town proper of Vinzons (formermly Indan).

This is a bronze statue, 9 ft. tall, erected in honor of Jose Maria Panganiban, a Filipino Propagandist in Spain and hero, dubbed as the “Avenger of Filipino Honor,” who was born in Mambulao (former name of the Municipality of Jose Panganiban).  It stands right in front of the Jose Panganiba Municipal Hall and contains the remains of the martyr laid below it and inside the center of the monument’s base.

Sites of this industry are located at the barangays of Pinagbirayan Gumaus, Tawis and Paracale town proper.  These are some of the richest gold mining sites in the province or region.  Thousands of gold panners come here from the different provinces of Bicol and the province of Quezon and Batangas.

Located in Basud, some 15 to 20 minutes away from Daet, Laniton Park is the site of the first guerilla encounters against the Japanese Imperial Army.