Explore the Land of Siquijor 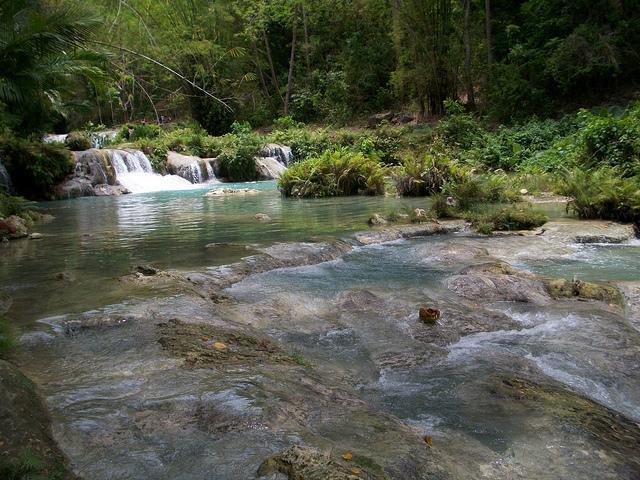 Still mostly undisturbed and unspoiled, Siquijor Island has lots of natural attractions guaranteed to satisfy even the most sophisticated of nature lovers. It is also a province where many events significant to our history have taken place.  Through the years, the island has always amazed visitors with its amazing white beaches and clear, endless waters up into the horizon.

Below are Siquijor’s many incredible attractions which have earned it the distinction of being one of the fastest-rising vacation spots in the region:

Saint Francis De Assisi Church in Siquijor was established by secular priests under Patron San Francisco de Asis on February 1, 1783. It was administered by secular priests on February 1, 1783 and the construction of this stone church was initiated by P. Setten, a secular, and it was managed by P. Alonso de los Delores during the period of 1795-1831.The convent was built to be a hiding place from sea pirates.

Reputed to be the biggest and among the oldest convents in the country, San Isidro Labrador Parish Church in Siquijor has been declared as a historical landmark by the Philippine Historical Commission.

Mount Bandilaan is the highest point in the province. Rising 557 meters above sea level, Mt. Bandilaan Nature Park, which covers an entire area of the former Siquijor Reforestation Project, is home to numerous endemic flora and fauna. Other attractions in the area include a shrine of Our Lady of Lourdes, the Way of the Cross, five natural springs and caves.

Considered as the oldest existing sanctuary in the province, Tulapos Marine Sanctuary is a marine area protected in the Philippines boasting a diverse marine eco-system. Established in 1986, the sanctuary covers 14 hectares of beaches, mangroves and coral reefs and contains abundant species of fish, corals and other underwater life.

Tubod Beach is a stretch of fine white sand beach located four kilometers from the town proper. Another beach resort is the Salagdoong located six kilometers northeast of Maria. The beach is an idyllic hideaway tucked in a cove.  Fine white sand covers the shoreline and a nearby islet provides a good vantage point of the beachfront area.

For a thrilling escapade, Cantabon Cave and Cambugahay Falls are perfect getaways for adventurers. Located 10 kilometers from the town of Siquijor, the cave is an hour-and a-half of walking through little streams, small waterfalls while dodging hanging stalactites and protruding stalagmites. A spring and pool awaits the visitor at the accessible limit of the cave, providing a cool respite. In spite of its reputation as the most well-known cave in the province, no one has ever explored it to its very end.

Another worthwhile trip would be to Cambugahay Falls. Visitors can choose from either a river or forest trek to get to the waterfalls. Secluded and relatively underexplored, the waterfalls beckon trekkers for a refreshing dip.

Venturing to the Island

There is no direct flight from Manila to Siquijor.  You have to take a flight to Dumaguete City, which takes around an hour, then take a fast craft to the island of Siquijor, which takes another hour.