Leyte: One of the Country's Most Historic Provinces 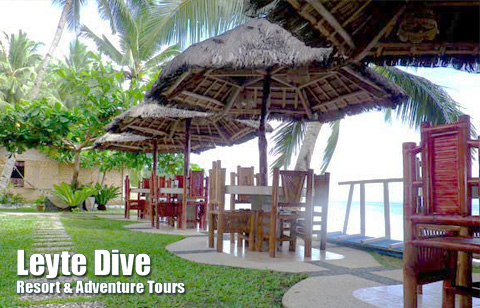 Capitol of the Province of Leyte at Tacloban City

Leyte is a province of the Philippines located in the Eastern Visayas region. Leyte is located west of Samar Island, north of Southern Leyte and south of Biliran. To the west of Leyte across the Camotes Sea is Cebu Province.

Leyte is among the country's most historic provinces, proud of its rich and significant past. It was the site not only of a major uprising against the Spaniards but also of the famous landing of US forces during World War II, marking its place in history as the point of entry for the American forces of liberation.

This historical consciousness is reflected on Leyte's provincial seal. The stars symbolize the 49 towns of the province. The alphabet on the cross indicates its second phase of development, when Magellan passed through the province en route to Cebu. And the upper portion commemorates the landing of General Douglas MacArthur, through a perspective of the National Freedom Park.

Leyte is traversed by many low mountain ranges just like the Samar and Visayan islands. From the northwestern section to the southeastern extremities extends a very rugged, almost impassable ridge. There are also many extinct volcanoes, the most important of which is Mahagnao.

Its capital city, Tacloban, is the most important seaport on the eastern coast while the Ormoc City is the primary outlet on the western coast. Description: Built in 1907, it is the seat of the provincial government of Leyte

Description: Became the seat of the Commonwealth Government of the Philippines from October 23, 1944 to February 27,1945 when President Sergio Osmena, Sr. came in 1944 with the WW II Liberation Forces.

The Hilongos Bell Tower is located in Hilongos, Leyte, it was the highest existing bell tower built by the Spaniards. On top you can view the Spanish fort and a marker is located at the churhyard.

This is a Hill where the existing foxholes of of the Japanese soldiers during the Japanese Regime is located that garrisons they built in this site was heavily been demolished. The hill is 12 Km from Tacloban Leyte and 522 feet high and it is situated in Palo, province of Leyte.

The Community Museum in Sta. Fe is a fine example of historical awareness on grassroots level. Initiated by the municipal government of Sta.Fe, the museum was built to house antiques dating back to the Spanish per, Chinese porcelain jars, and WW II mementos. The museum is in the compound of the Sta. Fe Municipal Hall

The Palo Cathedral was built by Augustinian friars in 1596. The church was converted into an evacuation hospital of the Allied Forces of Liberation and a refuge of civilians during World War II. From the Church, can be seen the famous Hill 522. The Cathedral features artworks in intricate finishing by local artisans such as the gold-plated altar and carved Stations of the Cross.

List of hotels that can be found in the province of Leyte that offer accommodations.

Tourists can reach Leyte Province via by air travel via Tacloban City, the capital city of Leyte. Local airlines from Manila have daily trips to Tacloban City.  From there, Buses and vans are available as a mode of transportation touring the Province.