Iloilo City: The Most Noble City 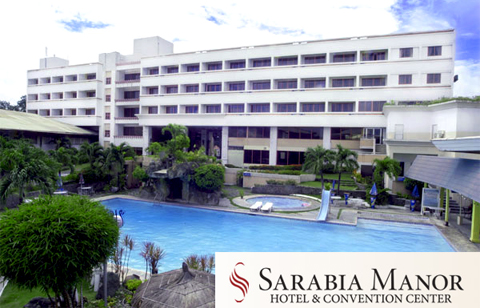 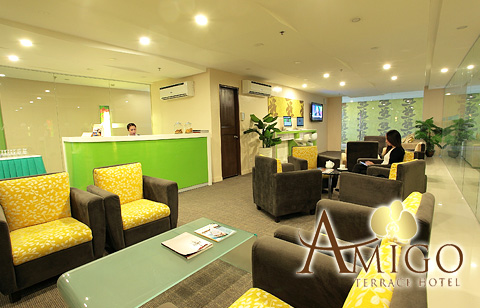 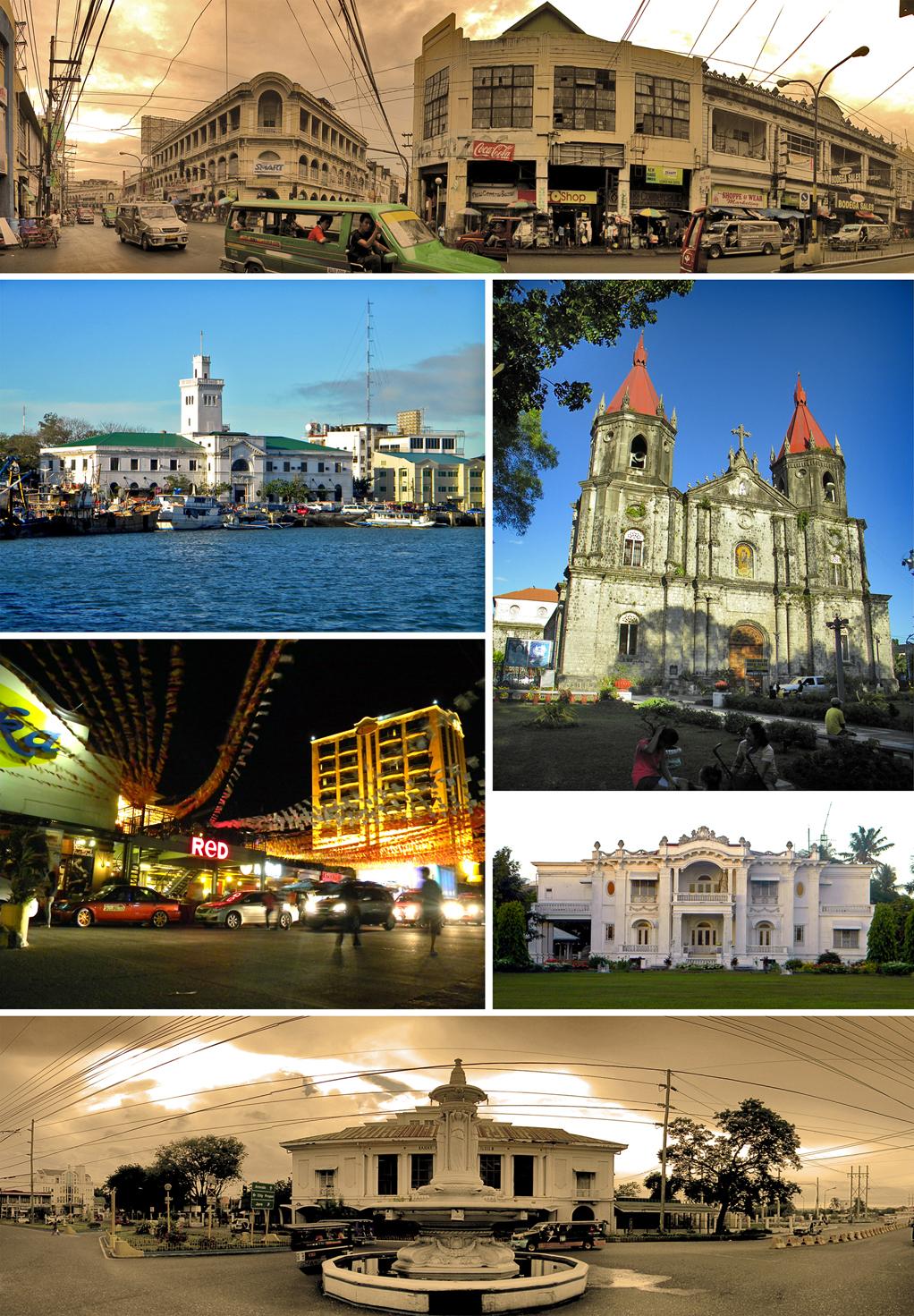 The city of Iloilo is a highly urbanized city in the Philippines and the capital city of the province of Iloilo. It is the regional center of Western Visayas, as well as the center of the Iloilo-Guimaras Metropolitan Area. It is bordered by the towns of Oton in the west, Pavia in the north, Leganes in the northeast and the Iloilo Strait in its eastern and southern coastline. The city was a conglomeration of former towns, which are now the geographical districts, comprising of: Jaro, Molo, La Paz, Mandurriao, Villa Arevalo, and Iloilo City Proper. The district of Lapuz, a former part of La Paz, was declared a separate district in 2008.

The history of Iloilo City dates back to the Spanish colonial period, starting out as a small and incoherent grouping of fishermen's hamlets from the Iloilo River with a large swamp, which after 1855 became the second most important port of call in the colony due to transshipment of sugar products from neighboring Negros Island. It was later given the honorific title of "La Muy Noble Ciudad," or "The Most Noble City" by the Queen Regent of Spain.  At the turn of the 20th century, Iloilo City was second to the city of Manila, with stores along Calle Real selling luxury products from all over the world, an agricultural experimental station established at La Paz in 1888, a school of Arts and Trades which opened in 1891, and a telephone network system operating in 1894.

Iloilo City's urban planning and architecture reflect the plans of the Spanish colonial and the American colonial administrations. Since Iloilo City is a conglomeration of towns, the districts have their own plaza complexes or town squares which are surrounded by establishments of political and ecclesiastical influence, such as churches and old administrative halls. In 1930, Juan M. Arellano of the Bureau of Public Works designed the schematic plan for Iloilo City, which was influenced by Ebenezer Howard's "Garden City."

A Gothic renaissance church made of coral rock, located three kilometers from the City proper. It was completed in the 19th century. The church, which is also referred to as the "Church of Women" because of the statues of women saints that decorate its pillars, was visited by Jose Rizal on hi way to exile in Dapitan, Mindanao.

The seat of the Jaro Archbishopric (comprising the Metropolitan Ecclesiastical Province of Western Visayas). The Cathedral, which is dedicated to St. Elizabeth of Hungary, is famous for its Shrine of Our Lady of Candles which, according to pious tradition has been miraculously growing. The devotees of the Blessed Virgin, who invoke her under this title of "Nuestra Senora de la Candelaria" come in thousands during her feast day, 2 February. The image was canonically crowned by His Holiness Pope John Paul II, during the Roman Pontiff's visit to Jaro in 1981. Until the present, the miraculous image is the only sacred icon in the Philippines ever crowned personally by a Pope.

One of the few belfries in a country that stands apart from the church. It was constructed by the Spaniards to serve also as a watchtower to monitor the Muslim invasion from Mindanao. The colonial structure was ruined by an earthquake in 1948, but was restored decades later, in the mid-1990s.

The first institution of higher education in Western Visayas. Following the Papal Bull of Pope Pius IX, dated 27 May 1865, the Dominican Bishop Mariano Cuartero, O.P., the first Bishop of Jaro, laid the foundation of this seminary in 1869, in honor of St. Vincent Ferrer.

An institution of Catholic Higher Education founded on July 15, 1904 by Spanish Augustinian friars belonging to the Province of the Most Holy Name of Jesus of the Philippines and their American confreres from the Augustinian U.S. Province of St. Thomas of Villanova. Elevated as a University on 1 March 1953, the University of San Agustin holds the title as the "First University in Western Visayas".

The first Protestant higher education institution in Iloilo, which was founded by the Baptist missionary, Rev. William Orison Valentine. It was founded in 1905 as an elementary school for poor boys which eventually opened up a high school in 1920. It converted into a college in 1923 and attained university status in 1953. The university has the distinction as the first Baptist University in Asia and in the Philippines.

The imposing building, which was once the mansion and villa of the Lizares Family. It is one of the most beautiful mansions in Iloilo. The Lizares mansion was sold to the Dominican Order of the Philippines in the late 1970s, and is now the seat of Angelicum School Iloilo- a private, Catholic school run by the Order of the Preachers (Dominicans), who made the school a pioneer in a non-graded, open-classroom education system in the Philippines. The Angelicum is the most popular landmark visited by local folks every Christmas because of the fabulous display of Christmas lights that decorate each inch of the Lizares Mansion – its oldest building set within a sweeping lawn of green grass – the main feature of the panoramic view of the school.

The old section of the City boasts of the mansions and Hispano-Filipino houses of the sugar barons and elite families during the Spanish regime. It is also the seat of Catholicism in Western Visayas.

(Spanish: Palacio del Arzobispo) The residence of the Archbishop of Jaro. It is located southwest of the Jaro Cathedral and Southeast of the Jaro Plaza.

The old buildings that were constructed in the Commonwealth era in J.M Basa (Calle Real), Iznart, Aldeguer and Guanco were declared as a heritage site of Iloilo. It showcases the unique architecture of the downtown area.

The River Port of Iloilo named after British Consul Nicholas Loney, who is considered the father of sugar industry in Panay and Negros. Protected by the Island of Guimaras from typhoons, Muelle Loney is one of the safest harbors in the Country. It was opened to international market in 1855.

6 kilometers southwest of city proper; 2nd capital of the Alcaldia of Panay; flower and firecracker district of Iloilo City. This is also home to the 3rd oldest image of the Sto. Nino in the Philippines. Also found in the plaza is the replica of the crown given by the Spanish Queen Isabela in 1896.

Iloilo City has numerous fiestas and events, from the barangay religious feasts all the way to a city-wide mardi-gras. The city itself has four main festivals which are secular, cultural, and religious in nature. These are held during the "festival season" in the months of January and February.[20]

The Dinagyang is a religious and cultural festival in Iloilo City, Philippines held on the fourth weekend of January, is the city's largest festival and is held to honor the Santo Niño, and to celebrate the arrival on Panay of Malay settlers and the subsequent selling of the island to them by the Atis. The highlight of this week-long revelry is the street dance competition.

Jaro's celebration of the Feast of Nuestra Señora de la Candelaria (Our Lady of the Candles), the Patroness of Western Visayas, every February 2. The religious celebration, which is well-known in the Philippines, is also an occasion of more secular events like the pageantry of the daughters of the richest families in the District during the coronation of the Jaro Fiesta Queen, and cockfighting.

The Paraw Regatta is a race among seafarers on colorful sailboats called Paraws (claimed as the oldest traditional Seacraft in Asia) in the Iloilo Strait between Guimaras Island and the city of Iloilo.[22] The present-day Paraw managed to maintain its original design from the sailboats of the first settlers from Borneo who were in search of a peaceful home in 1212 A.D. Surviving the centuries, the paraws have become a vital part of the Filipino seafaring life. The first race started in 1973 with the mission to preserve the historic value of the paraws. It is held every 3rd weekend in February at Villa Arevalo District in Iloilo City. Today, the event has grown from being a boat race to a festival with various interesting and exotic activities.

Chinese lion dancers pass by Arroyo Fountain at Chinese New Year Celebrations in Iloilo City Celebrated by Ilonggos of Chinese descent, the festivity is highlighted by a cultural presentation of the Chinese schools in the city, Chinese food festival and grand fireworks display.