The City of Tacloban 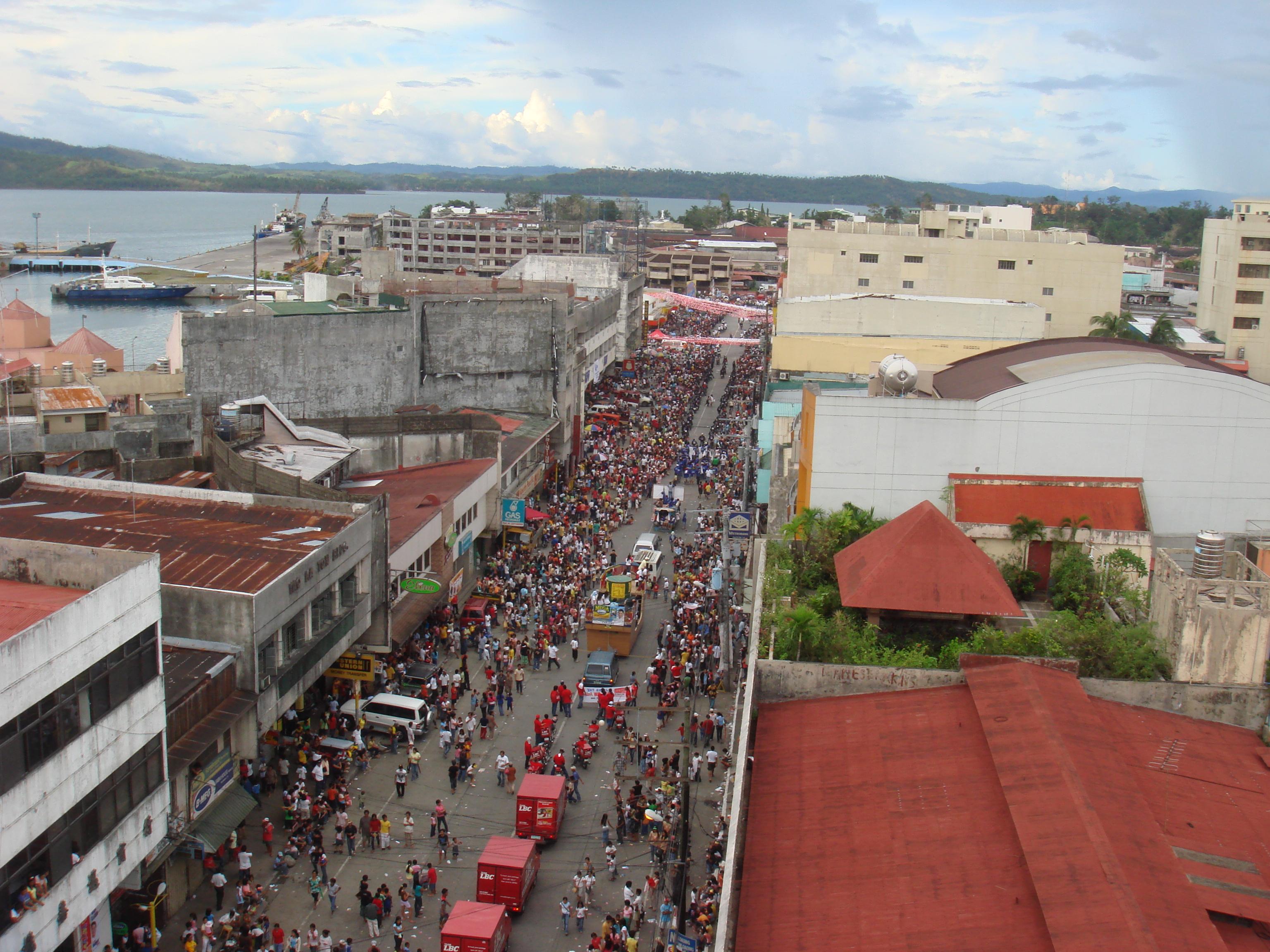 As a very urbanized locale and as the tourism hub of Eastern Visayas, Tacloban is arguably one of the most promising cities of the south, and it has drawn thousands of visitors every year to revel in its many fascinating attractions.

The city of Tacloban is approximately 360 miles southeast of Manila. It is the first in Eastern Visayas to be classified as a highly urbanized city. It is the capital of the Philippine province of Leyte and is the largest city in terms of population in Eastern Visayas. It is also considered as the regional center of Region VIII. Tacloban was briefly the seat of the Philippine Commonwealth Government, from October 20, 1944 to February 27, 1945.

In an extensive survey conducted by the Asian Institute of Management Policy Center and released in July 2010, Tacloban City was ranked among the top ten most competitive cities in the Philippines. Tacloban ranked fifth overall, and second in the emerging cities category.

The region is world-renowned for its natural ecological beauty and diversity and for its historical significance in the Second World War.

The library maintains a collection of books around the globe of different cultures, a compilation of law books, French, Spanish and English literature.

Santo Niño Shrine and Heritage Museum. Home of the Marcos Family, it displays the fortune and previous properties of the former president. It is located at Real Street.

The People’s Center Library houses volumes of books from the US, Europe and other countries. Frequented by local students as well as researchers, it is located at the grounds of Real Street next to the St. Niño Shrine.

The Price mansion is an example of American colonial homes built in the 1900s. It was the official residence and headquarters of General Douglas MacArthur during the Liberation period in 1944.

Balyuan Park is located on the grounds of Magsaysay Boulevard. There has been historical exchanges of images between Barrio Buscada of Basey Samar and Sitio Kankabatok, now Tacloban City, . In the old days, Sitio Kankabatok was a small barrio under the jurisdiction of Basey town in Samar. During the Feast of Sto. Niño, the residents of Sitio Kankabatok would borrow the bigger image of the saint from the chapel of Barrio Buscada in Basey. Sto. Niño is the revered patron saint of both Kankabatok and Barrio Buscada. The image is returned promptly after the festivities. When Kankabatok grew into a barrio of its own, the local Catholic authorities decided that the bigger Sto. Niño image be retained in the prospering village. Stories of the image missing in Buscada and turning up in Kankabatok aided this decision. The Basey Flotilla bearing the church and government leaders goes on a fluvial procession along San Pedro Bay. A kara (shell) call announces the sight of the flotilla off Kankabatok Bay.

Along Magsaysay Boulevard one will encounter "Madonna Maria Kanon," or the Madonna of Japan, a symbol of friendship between the Japanese and Filipinos. It is located at the Kanhuraw Hill near City Hall, facing Kankabato Bay. During the Second World War, the place became a campground for the Japanese soldiers. Many of the folks here had their lives at stake just to help in liberating the subjugated Philippine islands. Young men were forced to become soldiers in favor of the Americans. Women were also enjoined to look after and take care of the young men in the battlefield. Those years indeed brought dreadful experiences to the people of Leyte. During those years, the Japanese soldiers were considered enemies. They were the subject of revulsion among the Filipino people. Anybody who saw the Japanese would yell out in disdain. However, as the years passed by, the Japanese government and its people tried to establish comradeship with the Filipinos. Thus, Japan and the Philippines became friends and started to support each other for progress.

On the slope of Kanhuraw Hill is a small park with the statue of the Crucified Christ at its center. The same image can be found in the provincial map of Leyte.

The Leyte Provincial Capitol is a neoclassical building built in 1907. Located at the corner of Sen. Enage Street and Magsaysay Boulevard, the “Capitolio” is the seat of the provincial government of Leyte. It was also the seat of the Commonwealth Government of the Philippines when President Sergio Osmeña came in 1944 with the WW II Liberation Forces.

The Santo Niño Church is considered the most important religious site in the province. It houses the miraculous image of Sto. Niño which is the patron saint of Tacloban.

The Redona Residence is one of the remaining houses built at the turn of the 19th century. It is a showcase of Filipino craftsmanship and architecture. This historic mansion is in need of serious restoration for the legacy of historical architecture. It was the official residence of President Sergio Osmeña, Sr. in 1944, when Leyte was the seat of the Philippine government during the liberation from the Japanese campaign until the Philippine Commonwealth was re-established in Manila.

The following is a list of hotels that can be found in the province of Leyte:

Tourists can reach Leyte Province by air from Tacloban City, the capital city of Leyte. Local airlines from Manila have daily trips to Tacloban City.  From there, buses and vans are available as a mode of transportation when touring the Province.

Tourists can also reach Leyte by ferry boat from Cebu going to Ormoc City. From there, air-conditioned vans are available when touring the province. 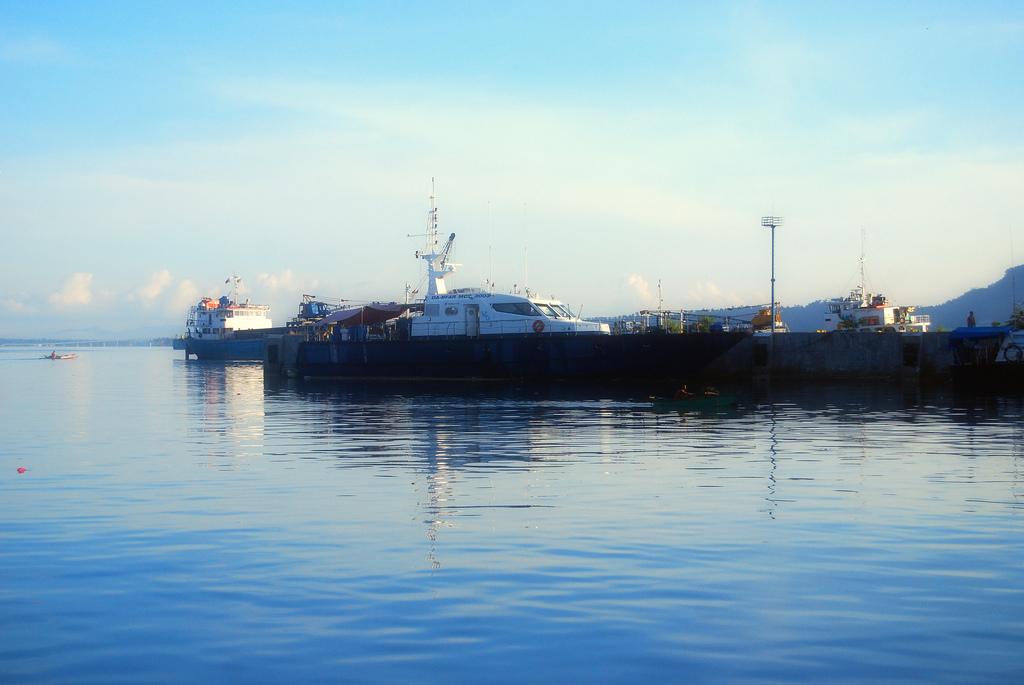 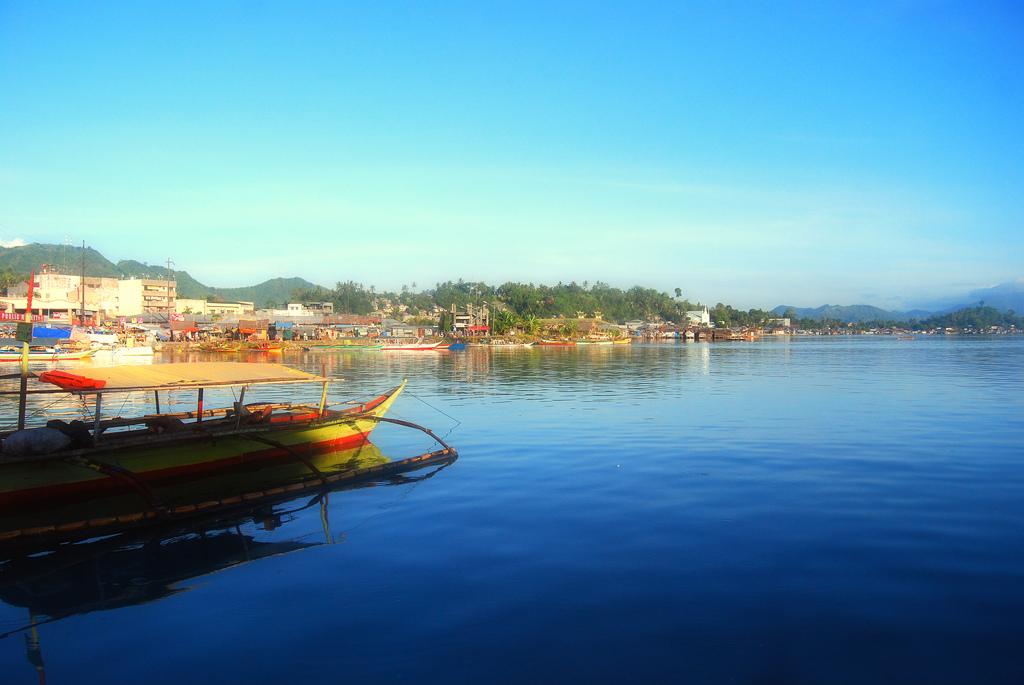