Get to Know Mandaluyong City 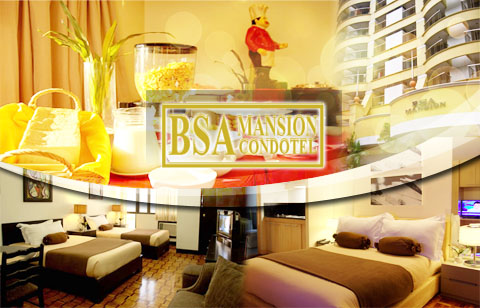 Mandaluyong City Skyline as seen from Greenhills in San Juan

Among the many attractions in the city is the western half of the Ortigas Center, one of the major centers of business and commerce in the metropolis (the eastern half is in Pasig City). Found within the Mandaluyong portion of the Ortigas Center is the main headquarters of the Asian Development Bank, Banco De Oro, and the headquarters of San Miguel Corporation, Southeast Asia's largest food and beverage company. One of the most prominent pharmaceutical laboratories and factories, Unilab, is located here.

Shopping malls play an important role in the economy of the city. Three well-known malls are located within the area. SM Megamall which is located in the Ortigas business district of Metro Manila and one of the largest SM Supermalls, Robinsons Galleria located at EDSA corner Ortigas Avenue just near SM Megamall, and Shangri-La Plaza Mall, an upscale shopping mall situated in the Ortigas Center.

• Plaza Tatlong Bayani is in memory of the three heroes of 1896 Revolution: Laureano Gonzales, Vicente Leyva or General Kalentong-native sons of Mandaluyong; and Andres Bonifacio, founder of the secret society Katipunan.
•  Liberation Marker or Liwasang Katubusan in General Kalentong St., is a memorial constructed as a fitting tribute to the Mandaluyong heroes of World War II. It is the center of the annual Mandaluyong Day celebration every 9th of February.
• Don Bosco Technical College formerly San Carlos Seminary is another landmark that served as headquarters to the Japanese soldiers during World War II.
• Dambana ng mga Alaala was built in memory of the gallant sons and daughters of Mandaluyong.
• The Shrine along EDSA is a monument to the Virgin Mary, protector of those who bravely risked their lives during the 1986 People Power Revolution erected at the very site of the revolution.
• Dove of Peace Arch or Dambana ng Kagitingan is Mandaluyong's tribute to the peaceful People Power or EDSA Revolution of 1986 which ousted the former President Ferdinand E. Marcos.

• San Felipe Neri Church is one of the oldest churches in the Metropolitan Manila. Like other Catholic churches in the Philippines, it was run by hostile Spanish friars and almost became the site of bloody encounters between the Filipino revolutionaries and the Spanish soldiers during the Revolution of 1896.
• Kaban ng Hiyas is Mandaluyong's culture center housing as well the cultural and tourism office and the city library.
• San Miguel Corporation Building in Ortigas Center is a fine architectural model uniquely designed with lush fringed window gardens surrounding the entire building.
• Hardin ng Pag-Asa is a recreational garden park conceived and developed by the city government for the benefit of the less fortunate children of the city.

Mandaluyong City has numerous taxis, buses and jeepneys that ply its busy streets. The Metro Rail Transit traverses the length of EDSA and passes through Pasay, Makati, Mandaluyong, San Juan, and Quezon City.