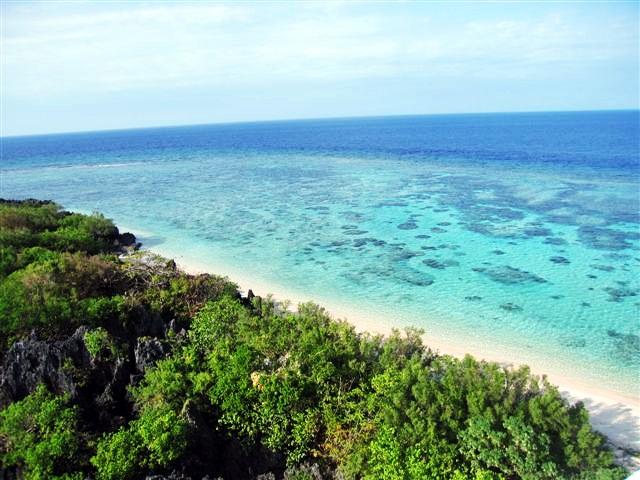 Occidental Mindoro is a province of the Philippines located in the MIMAROPA region in Luzon. and is "Home of the Indigenous Mangyans." Its capital is Mamburao and occupies the western half of the island of Mindoro, on the west by Apo East Pass, and on the south by the Mindoro Strait; Oriental Mindoro is in the eastern half. The South China Sea is to the west of the province and Palawan is located to the southwest, across the Mindoro Strait. Batangas is to the north, separated by the Verde Island Passage.

Prior to the coming of the Spaniards in 1571, Mindoro was already known to the Chinese merchants who plied the seas to conduct commerce on the South China Sea route. Trading existed between the area and China, on the eastern part of the island. Miguel Lopez de Legaspi discovered the island in 1569. Goiti, as master of the camp, sailed to Mindoro on May 8, 1570 and encountered the Chinese merchants. They transacted business with the islanders, to the amazement of the Spaniards. There were also signs of Hindu and pagan influence that thrived in the island.

The conquest of Mindoro began in 1570 in the district of Mamburao, when Juan de Salcedo subjugated the inhabitants in the name of Spain. Earlier names of Mindoro were Mai and Mina de Oro. Mindoro is a contraction of the Spanish description of the phrase which meant gold mine. Although there was no major gold discovery, panners and Mangyans which are people of indigenous communities have found gold in small quantities in the rivers of Baco, Binaybay, Bongabong, and Magasawan Tubig. In 1902, the island of Lubang was annexed to Mindoro, which gained provincehood in 1921.

In 1950, the island was divided into two separate and autonomous provinces through Republic Act No. 505, designating the eastern portion of the island as Oriental Mindoro with Calapan now a city as the capital, and western part as Occidental Mindoro with Mamburao as its capital.

The park’s foremost attraction is a historic watchtower. Located in Sablayan, it was erected in 1861 which allowed the natives to guard against pirate attacks. In 1896 it was equipped with bells to warn residents of impending raids. Later, a church was built which withstood the elements for ten brief years, but is now in ruins. A cannon which was used to defend the town is all that stands at a promontory.

It is five-hectare park frequented by promenaders who seek relaxation. Overlooking the sea, the park enjoys cool breezes blowing landwards. At the middle of the park, 15th century cannon, believed to have been used against the pirates, is on display. A grotto of Our Lady of Fatima is visible at the far end of the park.

Run by the municipal government, it is one and a half-hectare resort situated on a riverbank at Barangay Alipaoy, 1.5 kilometers from the town proper. Since 1976, it has been operated and managed by the local government, servicing local residents and the visitors from neighboring towns.

This resort is within a completely secluded cove covering 14 hectares of developed beach resort amidst coconut trees. It has four-kilometer long light sand beach. The place is ideal for swimming, boating and scuba diving, wind surfing, snorkeling, deep sea fishing and water skiing. Water sport such as glass-bottomed boat, speedboat, hobbie cat and outrigger boats are available for guests.

This 3,000-hectare island is one of the three beautiful islands found in San Jose, Occidental Mindoro. It is characterized by white sand beaches, cliffs along pillars jutting out of the water and underwater caves.

Coral gardens and tropical fish are abundant in several coves. A fisherman’s village is located at the sheltered side of the island. Ambulong island is also a jump-off point to some of the dive spots in the area, such as the Ilin Point, Baniaga Reef, Apo Reef, Ambulong Bank and Manadi Island. This dive sites are about an hour away by pumpboat from the Caminawit Port.

One of the dive sites frequented by most divers in the Philippines is Apo Reef. It is acclaimed as one of the best in Asia and as a diving mecca in the Philippines. It is a 34-kilometer reef teeming with the bio-diversity of marine life and is located 20 miles west of Mindoro proper, with a narrow channel running east to west, dividing this reef into two lagoon systems is the north and south. Underneath, the clean waters, fine white sand and numerous coral are visible. The Apo Reef Marine Park includes the fascinating bird-populated island of Binangaan and Cajos del Bajo. The island has a variety of bird species that lures birdwatchers and nature lovers.

The waters surrounding the island are abundant with marine fauna and luxuriant coral growth represented by approximately 400-500 kaleidoscopic coral species. Marine life includes varieties of sharks, sting rays and manta rays. There are over 500 species present in the Reef.

Ilin Island is the biggest among the group of islands located in San Jose. It lies between San Jose and Ambulong Island. Ilin island has five beaches, some of which are fringed with reef, making passage impossible during low tide.

Located Northwest of Occidental Mindoro and west of Batangas

It was in this island where a Japanese soldier named Hiroo Onoda, was found in 1974. He surrendered after 30 years of hiding in the mountains. Another captain of the Japanese Imperial Army, Fumio Nakahira, held out for another six years before been discovered in April 1980.

On the western portion of Lubang is Tagbac which offers more than five kilometers of gradually sloping, hued, sandy beach lined with coconut trees. Tagbac is around 20 minutes away from Lubang town proper by jeepney. Favorite swimming areas are Tilik Beach and Canu Beach.

An interesting spot of Ambil is the scenic Besay Falls, which is a 20-minute walk from the center of Barangay Tambo, passing through rice plantations and carabao pasture. The falls features a series of waterfalls, each cascading into a clear basin of about five meters in diameter.

The island is generally flat with golden sandy beaches on the southwestern part and magnificent rock formation along the east coast. Cabra used to be a popular pilgrimage site because of reported apparitions of the Blessed Virgin Mary. Like Ambil, Cabra is also a favorite fishing ground of local and foreign anglers.

Mt. Iglit is one of Occidental Mindoro’s reservation areas, declared as a game sanctuary for Tamaraws, an endemic animal found in Mindoro. The tamaraw bears a close to the Philippine water buffalo, commonly known as carabao. However, it is smaller and has shorter horns growing straight upwards forming a V, instead of curving wide open set of horns of the carabao.

The island is a 30-hectare islet surrounded by a white sand beach and is also the site of 20-room diver’s lodge made of native cottages. This beautiful coral islet is located within snorkeling distance from a submarine drop-off, inhabited by schools of marine life.

It is a one-hectare beach lined with coconut trees. The beach is ideal for swimming and is frequented by local residents. It has picnic cottages lined along the beach that can be rented to tourists.

It has an almost mile-long beach with smooth and powdery white sand. The tranquil and peaceful island is an ideal place for swimming, scuba diving and fishing. Sea turtle eggs are occasionally found buried in the sand and the visitors are reminded not to disturb the nesting area.

Go for a dive and savor the panorama of your life, with a breathtaking view of the world’s second largest coral reef, schools of fish in shoals and atolls in Apo Reef.

There are pleasures that fit the budgets of tourists and visitors. The waters of Mindoro Occidental are pristine and undisturbed by the usual hordes of holiday makers in other beach destinations.

Pay exciting visits via island-hopping to nature parks, reservation areas and marine and animal sanctuaries as the main eco-tourism activities while in the island of Occidental Mindoro.