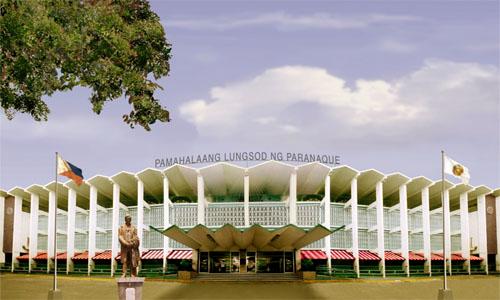 The Parañaque City is one of the cities and municipalities that make up Metro Manila in the Philippines. It is located at 121’01” longitude and 14’30” latitude and is bordered to the north by Pasay, to the northeast by Taguig, to the Southeast by Muntinlupa, to the southwest by Las Piñas, and to the west of Manila Bay.

Due to its proximity to the sea, Parañaque is one of the major trade and business centers in the Philippines.

“Palanyag” was its original name, which means “my beloved”, among other definitions for as far as its residents are concerned, this best describes their affection for their hometown. Another version came from the combination of the terms “Palayan” and “Palalayag”, the former meaning rice fields of which the city once abounded in and the latter pertaining to the sailing and fishing occupation of many of its residents. This was also a sign of cooperation and goodwill between the two major working sectors of the town, the farmers and the fishermen. It was however a drunken guest, during a certain affair which decided on the final name, who said “Mabuhay and Palanyag at ang mga taga-Palanyag! (Long live Palanyag and the People of Palanyag!)” So the name stuck from that day on.

There is another story that says of an imposing balete tree at the mouth of Parañaque. It looked like a boat sailing slowly and majestically, earning the Tagalog term Palanyag, a corruption of the term“palayag” which means “point of navigation”. Further adulteration of the word later resulted in the word “palayaque”.

A historian believes the town’s name may have come from the term “palanas” which means a “broad flat plain,” the geographic description of Parañaque.

Other origins of the name Parañaque are “palanac” (with no special meaning), “palanyag” or contest for popularity, and “paranac”, a native term for the shell product that used to be the livelihood of the natives of the town at one time.

Whatever may be the real origin of the name Parañaque, the various terms strongly suggest the town’s stories and mosaic past.

Today, Parañaque is a blossoming city. Due to its strategic location, it is an important centre for trade and business in Metro Manila. Baclaran, where a large number of dry goods stores are located, is one of the busiest markets in the country. Small fishing villages called “fisherman’s wharves” are also situated alongside Barangay La Huerta, where the famous DAMPA, a seaside market with numerous restaurants serving fresh seafood, is found. The country’s international airport as well as the Baclaran Church, one of the most active parishes in Manila, and the Duty Free, where one can buy imported goods, can be found here.

Parañaque was converted as the 11th city in Metro Manila (after sister city Las Piñas in 1997), and was chartered and urbanized by Former President Fidel V. Ramos on 15 February 1998 during the celebration of the city's 426th Founding Anniversary.

Parañaque has an aggregate land area at 46.57 square kilometers the third largest in the National Capital Region (NCR). It is subdivided into two congressional districts, composed of 16 barangays Parañaque has made the city suitable for urban settlement as proven by the steadily increasing population and number of residential subdivisions.

Home of Migratory Birds from Neighboring Asian Country such as China and as far as Siberia during Winter Season. Pick seasons from August to March.

There is never a dull day in Parañaque. Facilities and their distinctive attractions and features allow you to unwind and relax. Splendid shows and tax- free winnings at the country's premiere casino can make your day an unforgettable experience.

Seafood lovers from all over Metropolitan Manila troop to the various markets of Parañaque City. There are dozen of places to shop for the freshest crustaceans, mollusks, shellfish and other marine and freshwater catch. Courteous Parañaqueño vendors often offer to clean or debone the fish purchase, free of charge, to the delight of consumers.

The word originates from the Tagalog term PAGBATI, meaning to greet. The Bati has little girls dancing before the image of the Risen Christ and the Blessed Virgin Mary in front of the church during the Easter rites, right after the SALUBONG.

The evangelization of Parañaque started 400 years ago with the arrival of the Augustinian missionaries. The founding religious order chose La Huerta as the site of their mission house. It is now the shrine of the Nuestra Sñra. Del Buen Suceso.

Is the Filipino term for "fetching". This celebration in La Huerta, features a parade of escorted young ladies holding colorful parasols. Brass bands fetch each pair and parade around the town.

The Shrine of Our Lady of Perpetual Help in Baclaran continues to be the most attended church in Asia. It has a seating capacity of 3,000And 9,000 for standing devotees.

The use of solar heat for evaporating sea water and crystallizing salt from the concentrated brine has been explored and developed by the coastal dwellers of Manila Bay. Parañaque, being one of the first salt-producing town of Rizal, is a "natural" for this industry. The Filipino and Chinese methods both have undergone modification.

Parañaque is served by the LRT-1 (via Baclaran Station, which is located in Pasay City) and the PNR (via Bicutan station).

Parañaque is accessed by these following major roads:

Busses, jeepneys, taxis and tricycles are available as a mode of transportation inside and outside the Parañaque.