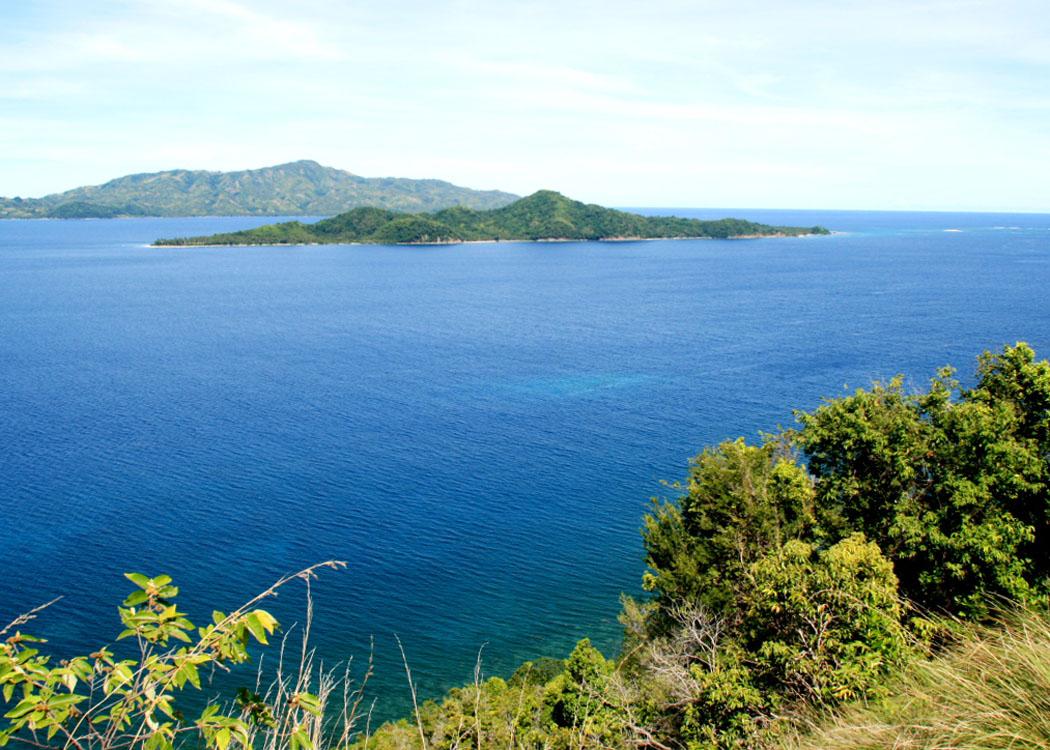 Davao Oriental is a province of the Philippines located in the Davao Region in Mindanao. Its capital is Mati City and borders Compostela Valley to the west, and Agusan del Sur and Surigao del Sur to the north. Davao Oriental is the easternmost province of the country with Pusan Point as the easternmost location. The Philippine Sea, part of the Pacific Ocean, faces Davao Oriental to the east. Part of the province lies on an unnamed peninsula that encloses the Davao Gulf to the west.

The verdant forests and blue crystal clear waters serving as backdrop to the winding roads are what greeting you upon entering this quiet coastal Province set at the back end of the country.

Perhaps the thought of its backdrop and corner end setting makes one wonder how life in this Province is catching up on the fast-changing trends of the urban centers.

If one thinks the hours here are slow and the days are lagging behind. Think again.

This is where the Philippines' days begin.

Davao Oriental is a separate and independent province along with Davao del Sur and Davao del Norte. Its major industries include agriculture, fishing, small and medium cottage industries, and tourism.

This province is famous for waterfalls, white-sand beaches, historical attractions, and the Mandaya Tribe, whose unadulterated culture and traditions are still very evident in their day- to-day lives.

Davao Oriental is situated in the southeastern section of Mindanao. It belongs to the Southern Mindanao Region or Region XI. Its boundaries are defined on the north by Agusan del Sur, on the south by Davao Gulf, on the east by the Pacific Ocean, and on the west by Davao province.

About 300 years ago, Davao Oriental was merely a part of Caraga Province - forming part of the Encomienda de Bislig with the Encomienda de Seargao, Butuan and Tandag. The Province became historically important in 1846, when distinguished Attorney-at-Law, Don Jose Uyanguren - upon the order of Gov. Gen. Narceso Claveria, organized settlements with considerable inhabitants South of Encomienda de Bislig. Today, these are the Municipalities of Baganga, Gov. Generoso and Mati.

The settlement continued to grow. Don Jose was able to crush Datu Bago, a Muslim Chieftain who ruled Samal Island. in 1849. Gov. Claveria decreed the partition of the Caraga Province in two: the Northern portion was named Surigao Province with Surigao town as the capital and the Southern Part as Nueva Vergara with Caraga town as its capital.

In July 1, 1967, under Republic Act 4867, Davao was divided into three (3) provinces. Davao oriental was created as a separate and independent province along with Davao del Sur and Davao del Norte.

Located at the    easternmost part of the   Philippines, Pusan Point  in Caraga is where the “First Sunrise of the Millennium” occurred. This is where the sun shines first.

Situated along the shoreline of the Pujada Bay in the City of Mati, Accessible by land and sea.

Located in the middle of a forest in Brgy. Aliwagwag in Cateel, Aliwagwag Falls is reputed to be one of the most beautiful waterfalls in the country. It has a series of 84 cascading falls.

Considered as one of the oldest churches in Mindanao, the Caraga Church is located in the town proper of Caraga.   It houses the 1802 Church    Bell brought by the friars from Spain.

Langyawan Cave is one of the 42 caves in Cateel. The meeting of stalagmites and stalactites is an indication that the cave was in existence centuries ago.

The province’s capital town, Mati, can be reached from Manila and Cebu by taking any of the daily scheduled airline flights to Davao City or regularly scheduled inter-island vessels that ply the Manila-Davao City or Cebu-Davao City routes.  From Davao City, Mati is accessible by a 25-minute chartered flight or via a 3-hour private car ride or a 4-hour public utility bus ride on fully concreted and/or asphalted highways.

Using Davao City as transit point, the province is readily accessible to the markets of BIMP-EAGA particularly North Sulawesi (Indonesia), Sabah and Sarawak (Malaysia), Brunei Darussalam as well as Singapore.