Cagayan: The Land of Smiling Beauty 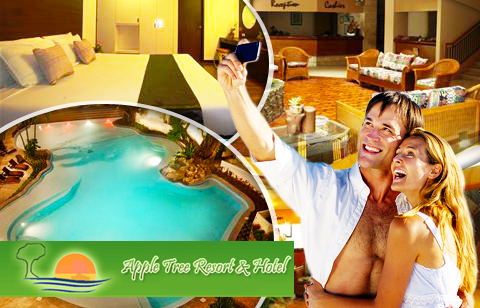 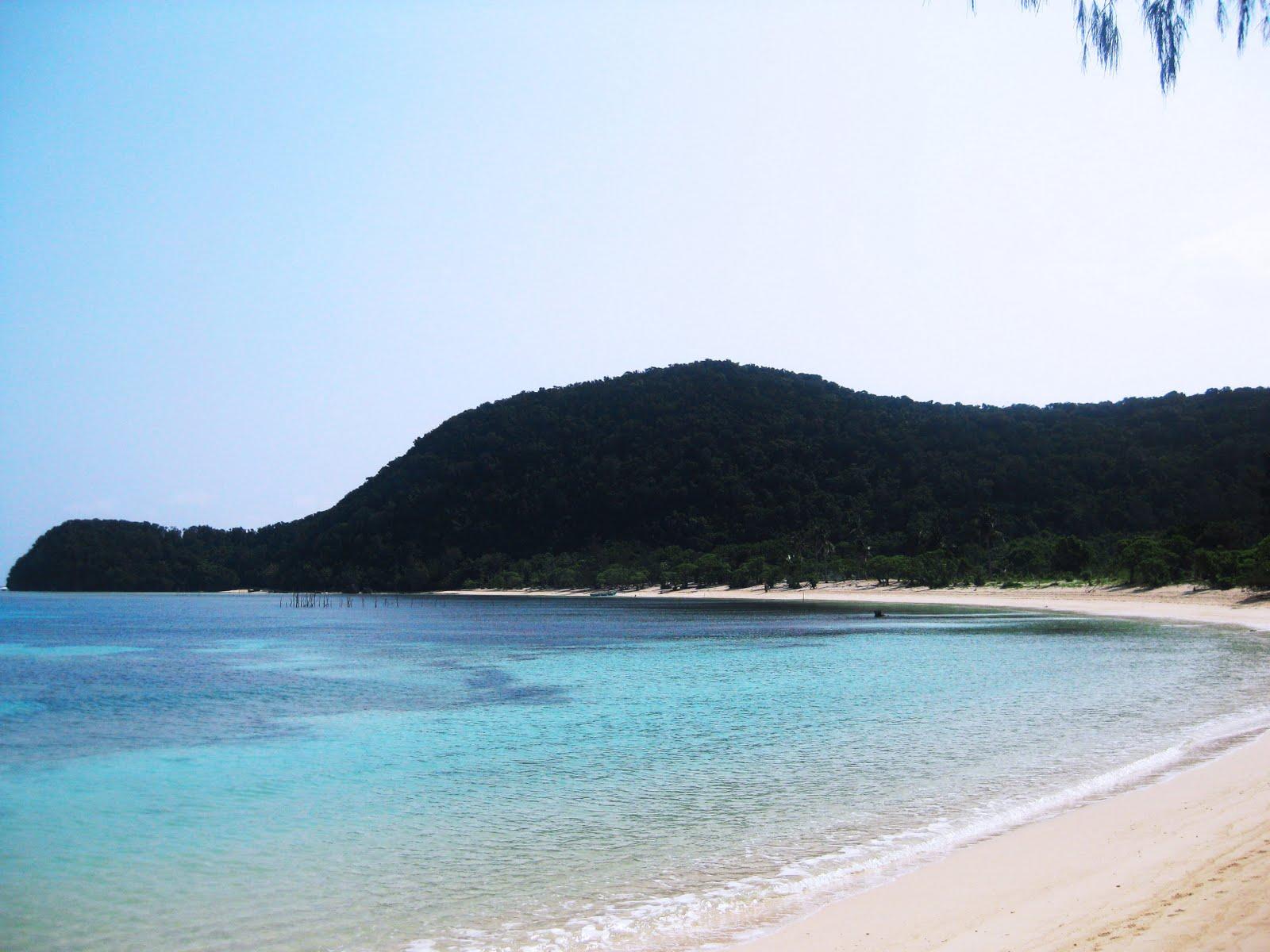 Cagayan, called the "Land of Smiling Beauty", is a province of the Philippines in the Cagayan Valley region in Luzon. Its capital is Tuguegarao City and is located at the northeastern corner of the island of Luzon. Cagayan also includes the Babuyan Islands to the north. The province borders Ilocos Norte and Apayao to the west, and Kalinga and Isabela to the south. Cagayan province is distinct from the city in Mindanao named Cagayan de Oro, and is far away from Cagayancillo of Palawan or Cagayan de Tawi-Tawi Island in the Sulu Sea.

In 1581, Captain Juan Pablo Carreon came to Cagayan with one hundred fully equipped soldiers with their families by order of Gonzalo Ronquillo de Peñaloza, the fourth Spanish Governor-General of the Philippines, to explore the Cagayan Valley and to force the conversion of the natives to Catholicism as well as to establish ecclesiastical missions and towns throughout the valley. This was the first batch of Spanish settlers in the Cagayan Valley who introduced Spanish culture and Latin civilization, subverting native culture, customs, and tradition.

On June 29, 1583, Juan de Salcedo traced the northern coastline of Luzon and set foot on the Massi (Pamplona), Tular, and Aparri areas. The Spanish friars soon established mission posts in Camalaniugan and Lal-lo(Nueva Segovia), which became the seat of the Diocese established by Pope Clement VIII on August 14, 1595. The Spanish influence can still be seen in the massive churches and other buildings that the Spaniards built for the spiritual and social welfare of the people.

With the Treaty of Paris was signed in 1898, ending the Spanish-American War, America took over the Philippines and influenced the culture, most notably in agriculture and education as well as in public works and communications. At the close of the 18th century, there were 29 municipalities in the province of Cagayan. When the Philippines came under American sovereignty in 1902, 35 municipalities have been founded. Since then, however, on account of the tendency at centralization and shifting of population as a result of the opening of roads and public agricultural lands, only 29 municipalities now remain.

Beginning the Second World War, the air raid of the Japanese fighters and bomber planes was invaded, bombed and destroyed around the province of Cagayan and founded in 1942, the Japanese Imperial forces entered in Cagayan.

During the Second World War under the Japanese Occupation, over several pre-war infantry divisions and regular units of the Philippine Commonwealth Army was re-established from 1942 to 1946 at the general headquarters, camps and garrisoned here the province of Cagayan and begins the battles and invasions for the Anti-Japanese Operations in Cagayan Valley included to sending the province of Cagayan and Isabela and helping the local soldiers of the 11th and 14th Infantry Regiment of the USAFIP-NL, the local guerrilla fighters and the U.S. liberation forces was defeated and fought against the Japanese Imperial forces from 1942 to 1945.

The Battle of Cape Engaño on October 26, 1944, is held off Cape Engaño. At the time, when American carrier forces attacked the Japanese Northern Force to end and became the conclusion of the Battle of Leyte Gulf. The Japanese lost 4 carriers, 3 light cruisers and 9 destroyers.

In 1945, the combined United States and Philippine Commonwealth ground troops together with the recognized guerrillas took in Cagayan by the attack from the Japanese troops during the liberated in Cagayan province was under the Filipino soldiers of the 1st, 2nd, 11th, 12th, 13th, 15th and 16th Infantry Division of the Philippine Commonwealth Army, 1st Infantry Regiment of the Philippine Constabulary and the 11th and 14th Infantry Regiment of the United States Armed Forces in the Philippines – Northern Luzon or USAFIP-NL from the Battle of Cagayan Valley during the Second World War.

The Hotel Delfino siege is a bloody coup attempt happened on March 4, 1990, when suspended Cagayan governor Rodolfo Aguinaldo and his armed men of 200 seized Hotel Delfino in Tuguegarao, Brigader General Oscar Florendo, his driver and four members of the civilian staff, and several other people were held hostage for several hours. A gunfight was launched to kill Aguinaldo and his men but one of the suspended governor's men was found dead in a checkpoint shootout, Brig. Gen. Florendo and 12 others were also dead and 10 more wounded. Aguinaldo is also slightly wounded in a car gunfight until eventually escaped and hid into the mountains.

Since Cagayan faces the Pacific Ocean, an extensive shoreline sprawls along the coastal towns of Sanchez Mira, Sta. Praxedes, Claveria, Buguey, Buguey, Aparri, Ballesteros, Abulug, and the Islands of Palaui, Fuga, and Island Municipality of Calayan. Sanchez Mira, Claveria, and Sta. Praxedes have facilities for excursion stays while Fuga Island is being developed as a world class recreation and tourism center. Whale watching at the Calayan Islands are the most sought after and scuba diving, snorkeling and fishing are the most famous in Palaui Island in Sta. Ana. The airstrip at Claveria could be used as a jump-off point to Fuga Island.

There are a lot of recreation and things to do in Cagayan for tourist and locals alike with its famous Sambali Festival celebrated throughout and in commemoration of its founding. Activities in the province are unlimited with its green surroundings, floras and faunas, caves and historical churches. Also there are lots of nice places to stay such as the Governors Garden Hotel, Hotel Candice, Hotel Roma and Hotel Kimikarlai all in Tuguegarao City.

Claveria is also blessed with a wealth of scenic attractions which include the following: the Lakay-Lakay Lagoon, the rocky formation along the Camalaggaon Caves, the Roadside Park overlooking the Claveria Bay, Macatel Falls with its crystal waters that run in abundance throughout the year, the Pata Lighthouse that offers a breathtaking experience, and the Claveria Beach Resort along the serene white sand coasts.

List of hotels in Tuguegarao City - the capital city of Cagayan.

Tuguegarao City serves as a vital transportation and communication hub in the province. It can be reached using buses en route to Tuguegarao City, Baggao, Aparri, and also Santiago City. These include buses which offer services like sleeper, super de luxe, de luxe, air conditioned, and ordinary fare.