Pasay City: The Cultural City of the Philippines 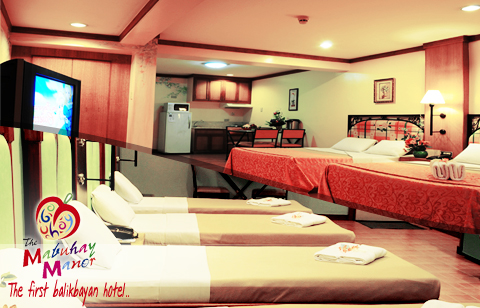 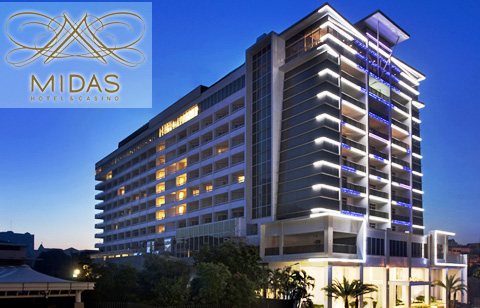 The city of Pasay is one of the cities and municipalities that make up Metro Manila in the Philippines. It is bordered on the north by the country's capital, Manila, to the northeast by Makati City, to the east by Taguig City, and the Parañaque City to the south.

Pasay City was one of the original four cities of Metro Manila. Due to its proximity to Manila, it quickly became an urban town during the American Period.

The city of Pasay has long been a great earner for Metropolitan Manila, even when it was only a town. The economic life of the town had steadily improved that its income exceeded the limit set for an ordinary town, and thus it became a city.

Farming was once an important livelihood in the barrios of San Isidro, San Roque, and Malibay but it later gave way to the manufacturing industry. Fishing, too, was a good source of livelihood in the town until the construction of Roxas Boulevard, which was formerly named Dewey Boulevard.

Today, Roxas Boulevard is a recognized center for culture and the arts in the country. Found here is the Cultural Center of the Philippines, which was built to symbolize the country's national cultural development. The CCP is an institution mandated by law to preserve, promote, and enhance the Filipino people's cultural heritage. Not far from the Cultural Center of the Philippines stands the Folks Arts Theater. The work of Architect Leandro Locsin, the 10,000-capacity theater is used for popular performances which anticipate extensive audiences.

Found in Pasay are the houses of two prominent people in the national government, Claro M. Recto and President Manuel L. Quezon. With its proximity to Manila and the proliferation of business firms and factories, Pasay has been the target destination of people from all walks of life who have wanted to settle and build beautiful residences in the metropolis. Pasay today is a progressive city boasting modern conveniences and, for its multitude of urban settlers, cheaper forms of transportation.

A 60-hectare complex within the reclamation area west of Roxas Boulevard, Pasay City. Serving as the nerve center of the complex is one of the country's biggest shopping malls, the SM Mall of Asia. The Mall of Asia complex hosts the business and information technology hub, the country's largest convention center, and a 16,000-seat sports and entertainment arena. Other attractions in the complex are the San Miguel By the Bay, a dining strip and open park at the back of the mall; and the Esplanade, a popular venue for some of the events famous events like the World Pyro Olympics & Lovapalooza.

The Archdiocesan of Shrine of Jesus was consecrated on July 1999 was named after the Pope's 1995 World Youth Day message that "Jesus is the Way." On its first year, the shrine welcomed the visit of the relics of St. Therese of the Child Jesus and the Jubilee Cross.

Located at Salud Street, the house today is maintained by one of Amang Rodriguez's grandchildren.

Established in 1923 and considered as the oldest school for the handicapped.

This structure stands along historic Harrison St. where the site of the old Pasay City Hall was before it was gutted by fire.

Used to be the residence of the founder of the leading paper company in the country and president of the Philippine American Drug Company. Located along Donada Street, one of the prominent areas of Pasay.

Chinese traders used to dominate this part of Pasay as their trading post in the early times.

Situated in the 21-hectare CCP Complex, the Coconut Palace showcases Filipino artistry with the use of the coconut tree. Over 70% of the structure is made from different parts of the coconut tree. The Palace consists of seven suites with each unit depicting a different region in its use of materials indigenous to that region.

Located within the new GSIS Building, the Museo ng Sining was opened in 1997. The building itself is one remarkable work of art designed by National Artist for Architecture, Leandro V. Locsin. The museum houses interesting artworks of contemporary artists as well as masterpieces of the country's most famous painters and sculptors like Amorsolo, Abueva, Alcuaz, Ocampo and Orlina.

One of Nayong Pilipino's several museums, the Philippine Museum of Ethnology exhibits the different cultural attractions in the country. It showcases ethnological objects and artifacts which form part of the country's rich and diverse cultural heritage.

The Cultural Center's main reason for being is to provide a home for the preservation, promotion and development of Philippine art and culture. Built on a reclaimed area in Manila Bay, CCP was designed by leading Filipino architect Leandro Locsin. It houses a main theatre and a museum with ethnographic exhibits and a changing display of Philippine art and ethnography. It has a library that coordinates literary contests, creative workshops and the publication of cultural magazines as part of its activities.

Another landmark by Locsin, inaugurated on 07 July 1974, after having been completed in a record of only seventy seven days. The 10,000 capacity theatre is used for popular performances which anticipate extensive audiences.

A place for entertainment, amusement and pleasure, Star City is most lively during Christmas holidays when adults and kids take delight to experience exciting rides coupled with flea market shopping and live concert shows.

Nayong Pilipino is a theme park where one can visit an enticing country with 7,107 islands in just one day. The parkland is a replica of the six major regions of the archipelago and is enlivened by the astonishing diversity of 111 linguistic, cultural and racial groups. The park also features ethnological objects at the Philippine Museum of Ethnology. Other attractions and International Dolls, the Nayong Pilipino Aquarium, Aviary of Philippine Birds, Garden of Philippine Plant, Herbal Garden and a lagoon.

Here is the list of hotels that can be found in the city of Pasay:

LRT-1 (Light Rail Transit) is one of the fastest and cheapest modes of transportation to reach the city of Pasay from Manila.

From Monumento Station, the LRT plies Rizal Avenue Ext. in Caloocan going to the City of Manila all the way up to Pasay City.

Meanwhile, Buses, jeepneys, taxis and tricycles are available within the city. These are the common modes of transportation used around the city as well as traversing to another cities in Metro Manila.