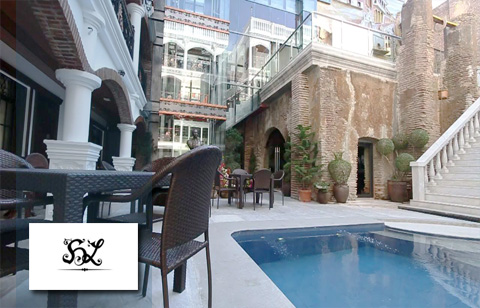 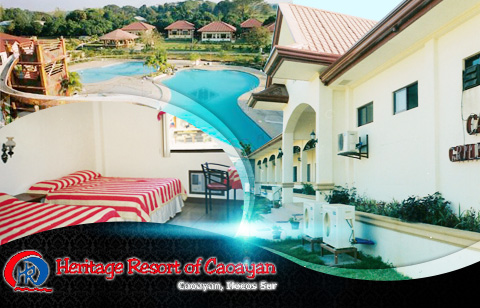 847
Heritage Resort of Caoayan
1,800
for reservations 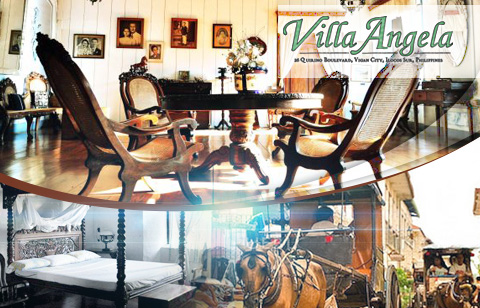 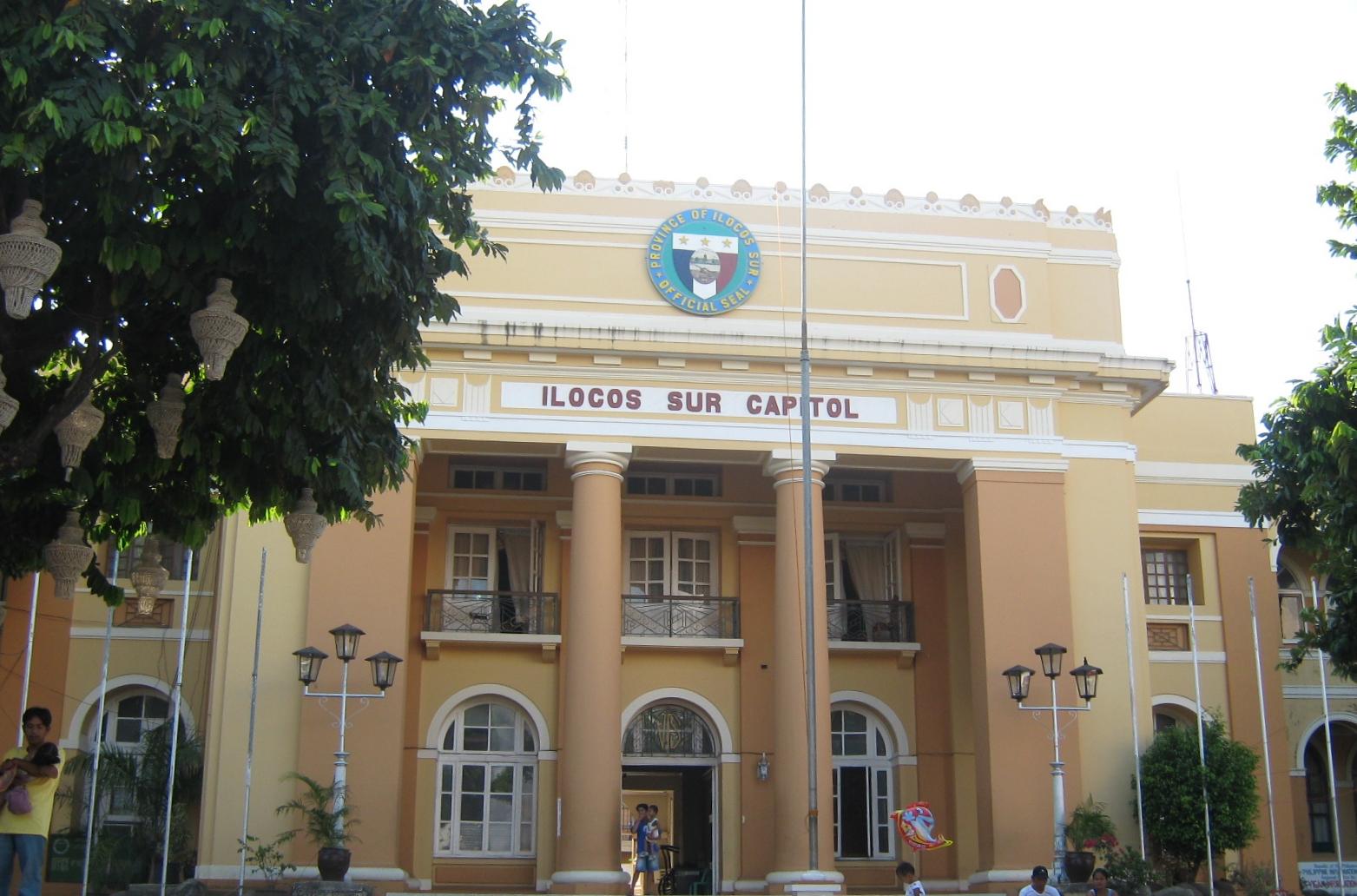 Ilocos Sur is a province of the Philippines located in the Ilocos Region in Luzon. Vigan City, located on the mouth of the Mestizo River is the provincial capital. Ilocos Sur is bordered by Ilocos Norte and Abra to the north, Mountain Province to the east, La Union and Benguet to the south, and the South China Sea to the west.

Heritage Village of the Philippines (Vigan)

The historic city of Vigan, which was inscribed in UNESCO’s World Heritage List in November 1999, is found in this province. Established in the 16th century, Vigan is the best preserved example of a planned Spanish colonial town in Asia. Its architecture combines cultural elements from elsewhere in the Philippines and from China with those from Europe to create a unique culture and townscape without parallel anywhere in East and Southeast Asia. Its Kamestizoan District has examples of typical houses with tiled roofs, hardwood floors, balustrades and azoteas in varying Spanish-Mexican-Chinese architectural styles.

The centuries-old Santa Maria Church, declared a National Landmark, was used as a fortress during the Philippine Revolution of 1896. Tirad Pass, declared a National Shrine, held the last stand of the Filipino Revolutionary Forces under General Emilio Aguinaldo of that same period. Bessang Pass served as the backdoor to General Yamashita’s last-ditch defense during the last stages of World War II.

Before the coming of the Spaniards, the coastal plains in northwestern Luzon, stretching from Bangui (Ilocos Norte) in the north to Namacpacan (Luna, La Union) in the south, were a region called the Ylokos. This region lies in between the China Sea in the west and Northern Cordilleras on the east. The inhabitants built their villages near the small bays on coves called “looc” in the dialect. These coastal inhabitants were referred to as “Ylocos” which literally meant “from the lowlands”. The entire region was then called by the ancient name “Samtoy” from “sao ditoy” which in Ilokano mean “our dialect”. The region was later called by the Spaniards as “Ylocos” or “Ilocos” and its people “Ilocanos”.

The Ilocos Region was already a thriving, fairly advanced cluster of towns and settlements familiar to Chinese, Japanese and Malay traders when the Spaniard explorer Don Juan de Salcedo and members of his expedition arrived in Vigan on June 13, 1572. Forthwith, they made Cabigbigaan (Bigan), the heart of the Ylokos settlement their headquarters which Salcedo called “Villa Fernandina” and which eventually gained fame as the “Intramuros of Ilocandia”. Salcedo declared the whole Northern Luzon as an "encomienda", or a land grant. Subsequently, he became the encomendero of Vigan and Lieutenant Governor of the Ylokos until his death in July 1574.

Augustinian missionaries came to conquer the region through evangelization. They established parishes and built churches that still stand today. Three centuries later, Vigan became the seat of the Archdiocese of Nueva Segovia.

A royal decree of February 2, 1818 separated Ilocos Norte from Ilocos Sur, the latter to include the northern part of La Union (as far as Namacpacan, now Luna) and all of what is now the province of Abra. The sub-province of Lepanto and Amburayan in Mt. Province were annexed to Ilocos Sur.

The passage of Act 2683 by the Philippine Legislature in March 1917 defined the present geographical boundary of the province.

There have been many writers and statesmen throughout the history of the Philippines from the province. Pedro Bukaneg is the father of Iluko Literature. Isabelo de los Reyes will always be remembered as the Father of the Filipino Labor Movement. His mother, Leona Florentino was the most outstanding Filipino woman writer of the Spanish era. Vicente Singson Encarnacion, an exemplary statesman, was also a noted authority on business and industry.

From the ranks of the barrio schoolteachers, Elpidio Quirino rose to become President of the Republic of the Philippines which is the town's most illustrious and native son of Caoayan, Ilocos Sur. Col. Salvador F. Reyes, a graduate of the Westpoint Military Academy, USA, led an untarnished and brilliant military career.

Ilocos Sur's history reflects that of the Philippine history in its entirety. In Vigan, the Villa Fernandina founded in 1574 by Juan de Salcedo, grandson of the Adelantado Miguel Lopez de Legaspi, markers and inscriptions can be found throughout the city.

Following the exploration and conquest of the Ilocos by the Castillan sword, the evangelization of the inhabitants was pursued with the characteristic zeal of the Augustinian missionaries. The stone churches built over the centuries reflect the Spanish power that held sway in union with the Church. It is thus interesting to read the marker found near the door of the Vigan Cathedral, placed there by the Philippine Historical Committee. 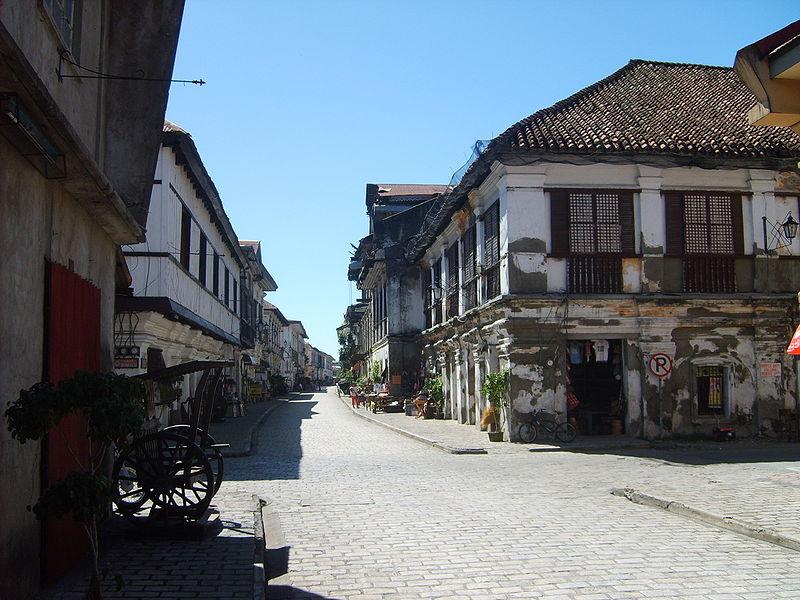 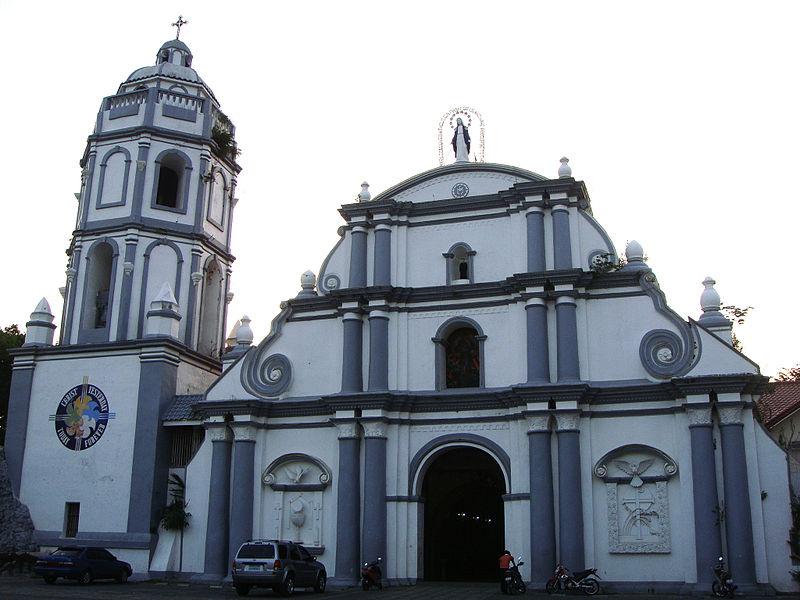 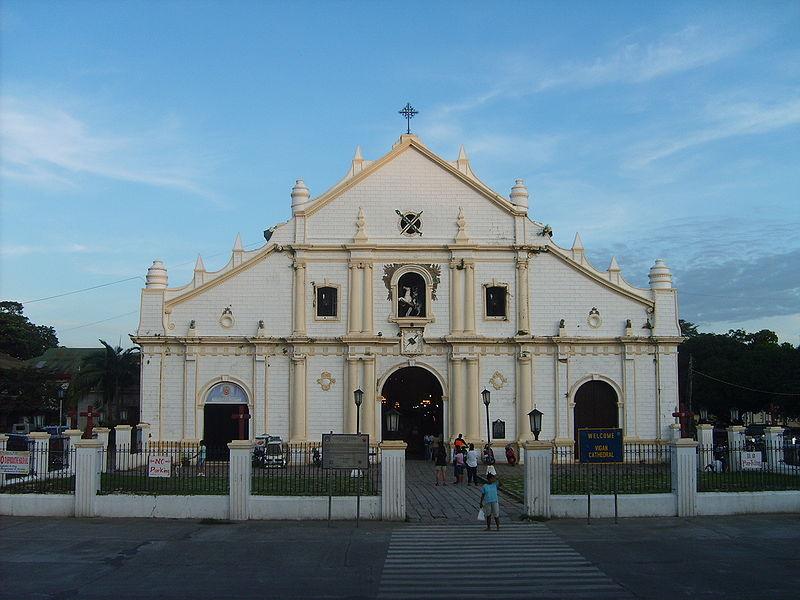 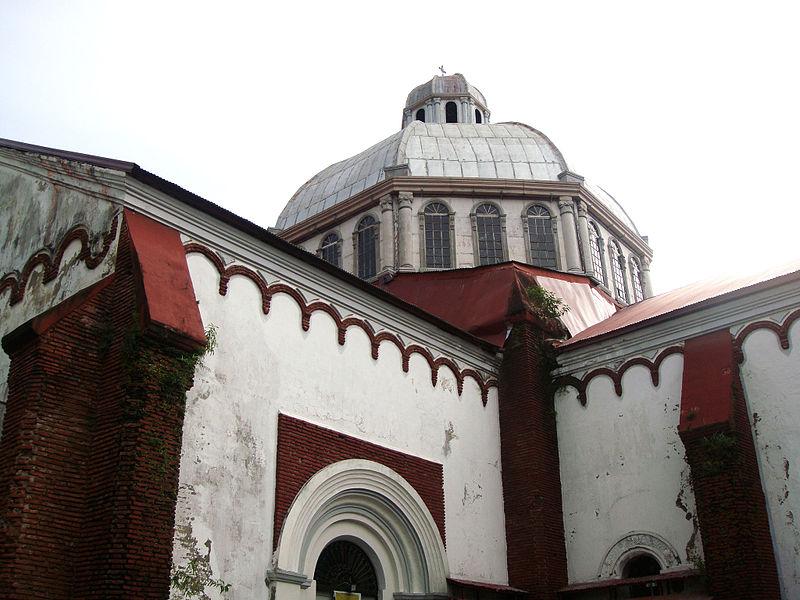 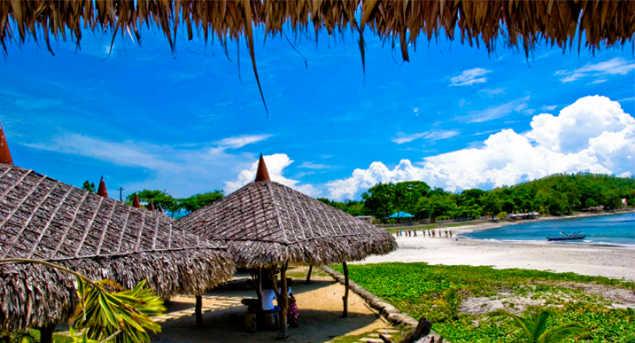 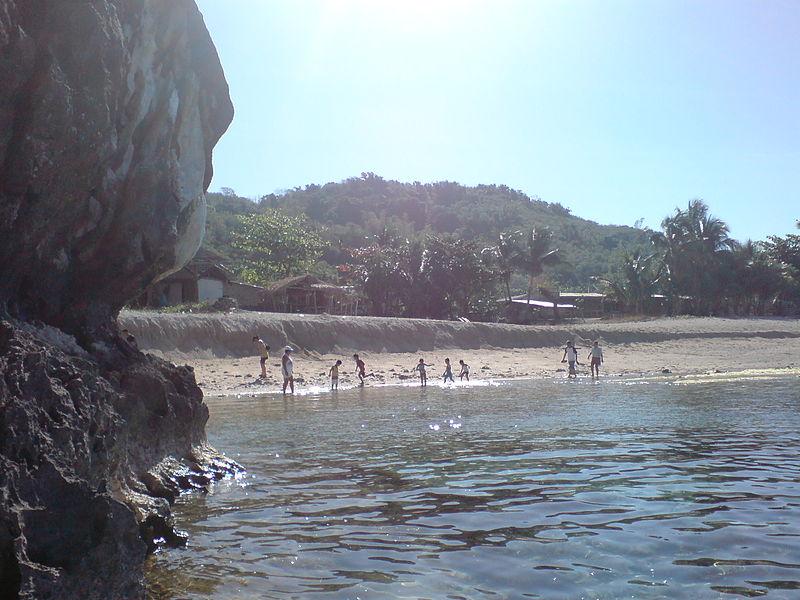 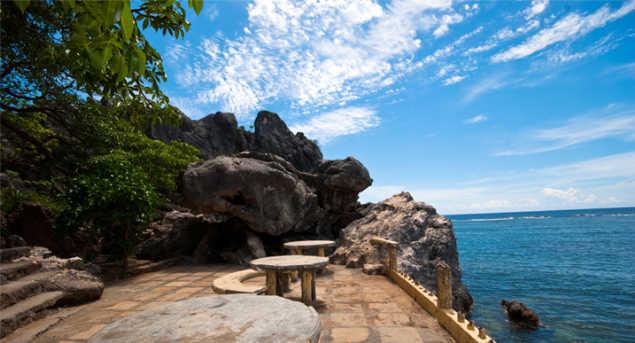 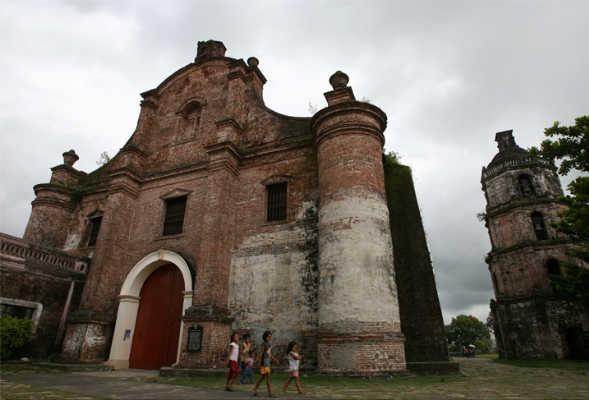 St. Paul’s Metropolitan Cathedral is the venue of religious rites during the Holy Week. The Good Friday procession features decorated carrozas bearing life-size statues of Spanish vintage. On Easter Sunday, the dawn celebration depicting the Resurrection of Christ, called “Sabet,” is a scene to behold.

Every first week of May, Vigan plays host to visitors for this festival featuring painting and product exhibits, a Calesa parade, and other cultural activities.

Celebrated every last week of March in Candon City, as thanksgiving for the city's bountiful harvest of tobacco.

There is an extensive road network that leads to the province from various parts of Luzon. There are several bus lines that ply the Manila-Vigan route. Among these are: The Philippine Rabbit us Line, Partas Co., and Dominion. The 405 km distance from Manila to Ilocos Sur is a comfortable and scenic seven hour ride.

Bus lines in Manila that ply route to Vigan - the gateway to Ilocos Sur: