Visit the Province of Nueva Vizcaya: A Gateway to the Cagayan Valley Region 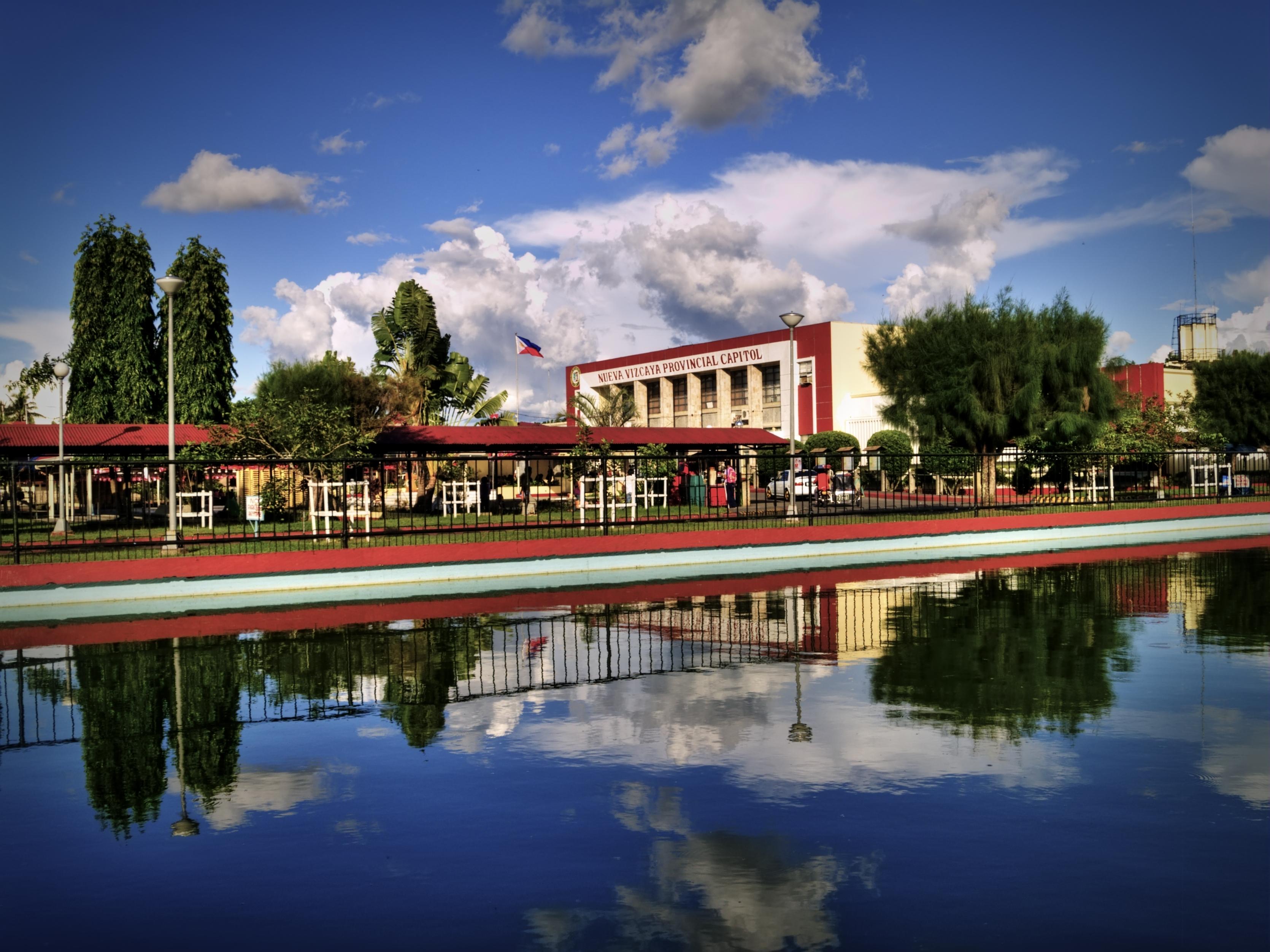 Nueva Vizcaya is a province of the Philippines located in the Cagayan Valley region in Luzon. Its capital is Bayombong. It is bordered by, clockwise from the north, Ifugao, Isabela, Quirino, Aurora, Nueva Ecija, Pangasinan, and Benguet.

The history of Nueva Vizcaya is still be reflected from the culture and customs of its early settlers, which included the Ilongots (now called Bugkalots), Igorots, Ifugaos, Isinais, and Gaddangs. The influx of civilization and the infusion of modern technology to the lifestream of the province induced many immigrants from the adjacent provinces, primarily Ilocanos, Tagalogs, Pangasinenses, Kapampangans, among others.

Located about 268 north of Metro Manila, the province is tagged to be the new alternative destination for outdoor and environment enthusiasts. Considered a watershed haven, it is 70 percent forestland. It is strategically bounded by the Sierra Madre Mountain Ranges, Caraballo Mountains, and Cordillera Mountains. It is also the gateway to the Cagayan Valley Region and the Banaue Rice Terraces, considered to be the Eighth Wonder of the World.

Home of the Isinais, Nueva Vizcaya is located in the northcentral part of Luzon in Region 2. It is surrounded by notable mountain ranges such as the Sierra Madre on the east, Caraballo on the south, and Cordillera on the west. The province has several principal rivers: Magat, Matuno, Marang, Sta. Fe, and Sta. Cruz. All these rivers are tributaries of the Magat River which flows into the Cagayan River. The province is bounded on the north and northeast by the province of Ifugao and Isabela, on the east and southeast by Qurino and Aurora, on the south by Nueva Ecija, and on the west by Benguet and Pangasinan.

The province has an agricultural economy with commerce, trade, and industry contributing to its growth and development. Among other major economic activities are farming and cattle and swine raising. Primary crops are palay and corn. Minor crops are root crops, vegetables, and fruits. The province produces quality onions and vegetables often sold in Metro Manila. Oranges and mangoes are now major crops being exported fresh to Asian countries.

Nueva Vizcaya is located in the heart of Northern Luzon, about 268 kilometers north of Manila and 118 kilometers south of Tuguegarao City. It is geographically located at the southernmost part of Region II and is often referred to as the gateway to the vast Cagayan Valley Region. It is bounded on the north by Ifugao, in the northeast by Isabela, east by Quirino, west by Benguet and south by Nueva Ecija.

Using the trail of Ambaguio town, a mountaineer experiences a different kind of terrain from gradual ascent to rugged trail under mossy forest and cold temperature. Before reaching the peak, walk through bonsai forests and a grassland of dwared bamboos over a horizon of clouds. Mt. Pulag National Park is home to rare plants as the pitcher and animals like the giant cloud rat and whiskered pitta.

Mt. Ugu is most remembered by the 1987 plane crash of a Philippine Airlines Flight en route to Baguio from Manila. It eventually became a favorite destination for mountaineers.

The Provincial Capitol of Bayombong is carpeted with green grass and elegantly landscaped.  It has an area of 8 hectares with a boating lagoon, fountain, wishing well, tree park, picnic huts, murals depicting some significant legends of the province, the different indigenous tribes of Nueva Vizcaya and major attractions of the province, sports facilities and others

People`s Museum and Library is a two-storey historical building which houses Novo Vizcayano history and heritage. The former seat of the Provincial Government.

St. Vincent Ferrer Church of Dupax del Sur, Nueva Vizcaya was constructed in the 16th century.  It is one of the oldest churches in Northern Luzon. It has an underground museum which houses centuries-old church artifacts and has been  declared by the National Museum as a "National Culture Treasure".

Before St. Dominic Cathedral of Bayombong was damaged by fire in 1986 and by the 1990 earthquake, the church boasted of having the best sounding bells in the Philippines.  It is a structure made of bricks and church antiques.

Gallery and Other Attractions 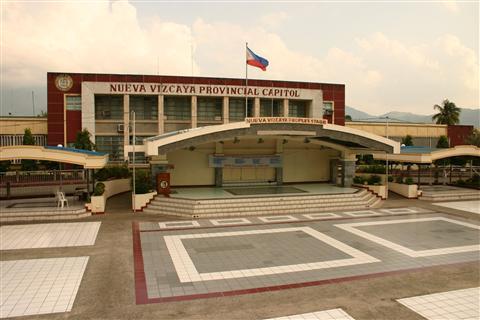 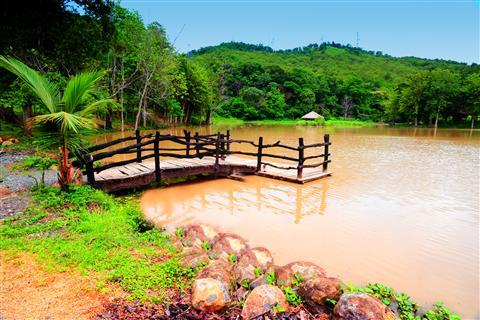 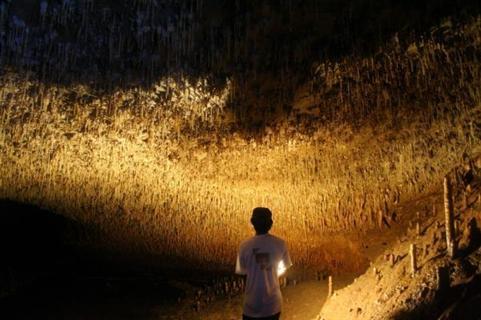 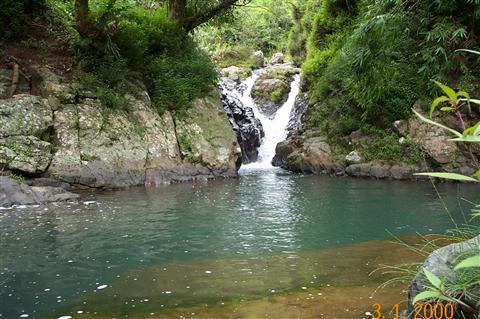 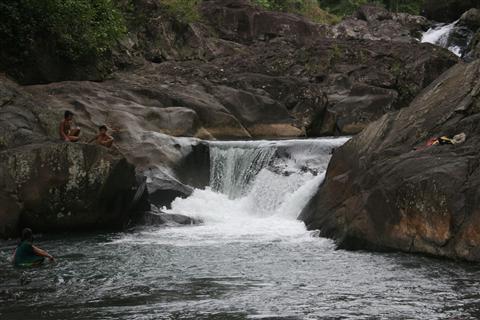 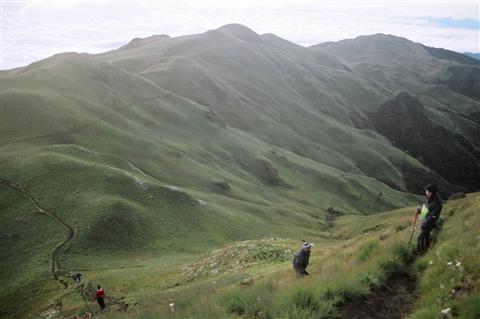 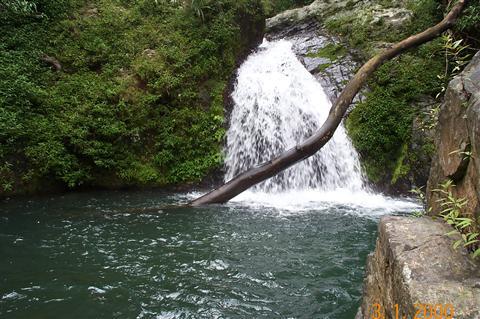 Air-conditioned buses (Baliwag Transit, Victory Liner, etc.) bound for Cagayan Valley pass by the province. For independent motorists, take the North Luzon Expressway and exit at Sta. Rita. Nueva Vizcaya is accessible through the Cagayan Valley Road (Daang Maharlika) and is about 268 km north of Metro Manila (approx. 6hrs of travel by land).

Buses and public utility jeepneys ply the routes around the province. Tricycles are numerous in every town. Van/Car rental services are available with rates depending on the type of vehicles used and the distance traveled.