Explore the Best of Rizal Province 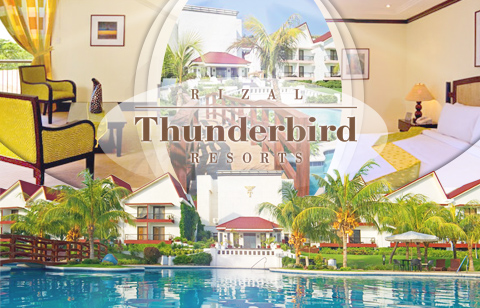 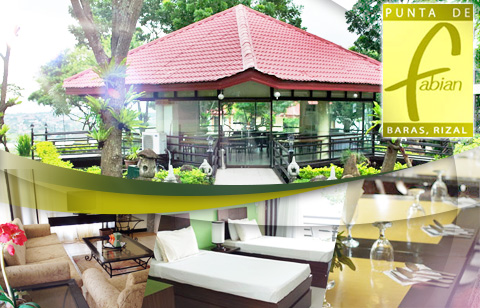 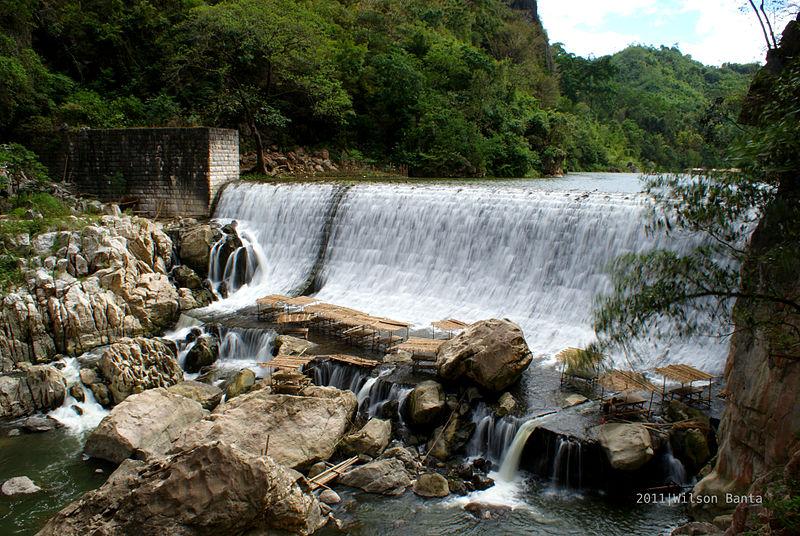 Rizal Province has long been known for its many spectacular attractions that have offered its visitors moments of adventure and leisure they won't soon forget.

Rizal is a province located in the CALABARZON, just 16 kilometers east of Manila. The province was named after the country's national hero, José Rizal.

The province is bordered by Metro Manila to the west, the province of Bulacan to the north, Quezon to the east and Laguna Province to the south. The province also lies on the northern shores of Laguna de Bay, the largest lake in the country.

Rizal is a mountainous province perched on the western slopes of the southern portion of the Sierra Madre mountain range. Antipolo boasts of a wonderful view of Metro Manila and it is where Hinulugang Taktak, a waterfall popular with tourists, can be found.

Rizal is also one of  the provinces in the region that is abundant with natural wonders and artistic attractions. This is why the province is mostly visited by the tourists.

Rizal Province is endowed with Type 1 climate, with two pronounced seasons, dry season from November to April and wet season for the rest of the year. This type of climate is highly favorable for agricultural and industrial development to be productive.

The province is inhabited mostly by Tagalogs. Minority of other ethnic groups are Visayas, Ilocanos, and other local groups. It has a population of 2,284.046 with a labor force consisting of 1,272,000 or 55.7% of the total population. Its people are its number one resource, known to be consummate artists and craftsmen. The literacy rate is 100%. The primary dialect is tagalog with english as the second language.

A favorite location shooting area of most local and international movies and advertising outfits in the country, Daranak Falls nestles quietly at the foot of the Tanay mountains, preserved with the natural vegetation, complemented with beautiful waterfalls, ponds and rivers cascading through elaborate tropical trees and plants. This 14-meter high falls is truly a refreshing site.

Further up the mountain, a smaller yet enchanting falls called Batlag Falls will transport you to another natural paradise. Swimming in the cool and flowing water of the falls around a forested vicinity will truly inspire people to preserve and protect nature’s wonders.

It is the island where 17 coastal barangays of the municipality of Binangonan are located. They are situated along the shores of Laguna de Bay where traditional fresh water fishing is a thriving industry.

An area on top of a hill along Sumulong Highway where one can have a splendid view of the metropolis. There are several restaurants and bars that serve as a haven for people who like to unwind and savor the beautiful scenery below it.

Located along the a winding mountain road stretching 2 kilometers along Sitio Bugarin, this viewing area is on top of a mountain overlooking Laguna Lake and the horizon outlines of Mt. Makiling and Mt. Banahaw.

A 200 meter-high mountain which is considered by the locals to be shaped like a lady’s breast. A trek to this mountain challenges the grit, perseverance and physical stamina of hikers. From this vantage point, a feeling of “being high” comes by looking at the scenic Laguna Lake and its breathtaking surroundings.

Owned by Rafael Pacheco where he conducts his art workshops, demonstrations and lectures. It is also a perfect hide-away from the maddening crowd of the metropolis and as a nature sanctuary. One can enjoy a three-in-one view of the Morong town with its four-centuries old bell tower.

The town of Antipolo is well-renowned as the host of Hinulugang Taktak Falls. This mountain resort has picnic cottages, a swimming pool, artificial paths and steps to view the environs and the waterfalls. The month of May attracts thousands of visitors to watch concerts and plays, along with popular activities in the city such as a pilgrimage to the Shrine of Our Lady of Peace and Good Voyage, picnics, shopping for native delicacies and dining at native restaurants.

Discovered by National Artist and acclaimed muralist from Angono, Carlos “Botong” Francisco in 1965, this cultural heritage site date back to circa 3000 B.C. or the stone age and is the most ancient Filipino or more aptly, the prehistoric Filipino work of art. The site is famous for its rock engravings consisting of 127 drawings of human and animal figures. Previous archaeological finds yielded fragments of earthenware, obsidian flakes and shells. The Petroglyphs site has been included in the World’s Inventory of the Rock Art, through the auspices of UNESCO, ICCROM, and ICOMOS. In 1996, it was declared as a national cultural treasure by Presidential Decree 260. It received the greatest recognition when it was named as one of the “100 Most Endangered Sites of the World” by the World Monuments Watch List. The preservation of the Petroglyphs was a collective effort of the National Museum of the Philippines, World Monument Watch Fund, American Express International, the Department of Tourism and Antipolo Properties, Inc. It is managed by the National Museum of the Philippines.

The town of Angono is known for the Higantes Festival and for its admirable artworks of extraordinarily talented artists. It is the home town of the two great National Artists of the Philippines, Carlos “Botong” Francisco for visual arts and Maestro and Lucio San Pedro for music, who have inspired generations of artists to create numerous works in varied styles of artistic expressions

There are a number of art galleries and studios within the town which makes Angono the Art Capital of the Philippines. These are the Blanco Family Museum, Nemiranda Arthouse & Gallery, Tiamson Art Gallery, Ang Nuno Artists Foundation Gallery, Village Artists Gallery, Juban Studios, Vicente Reyes Art Studio, the Second Gallery and the Angono Ateliers Gallery.

The gallery houses the collection of the paintings and sculptures of artist Nemiranda and his family, in the style of figurative realism, of his artworks, portraying rural life and folklore art. Also available are lectures, guided tours and painting workshops.

The art gallery houses the various artworks of painter, musician and transmedia artist Orville DR Tiamson. His style ranges from the conventional to the new age and he has experimented in various artistic presentations, including drawings on paper, oil, acrylic, paintings on canvas, mixed media collages and constructions, installations, performances, music and sound works.

One of the most prolific and talented students of the late National Artist Carlos “Botong” Francisco, Vicente Reyes has his own studio that houses his artworks and masterpieces.

Declared by the National Historical Institute as a historical landmark in June, 1978, it now houses the memorabilia of National Artist Vicente Manansala. It also features some of his well-preserved original paintings and personal memorabilia.

Rafael Pacheco, the artist, has a unique way of expressing his artistic talent – he uses his bare fingers, knuckles and palms to complete a masterpiece in 20 minutes, mainly flora, fauna and underwater life.

The Tariki Dance was copied and adopted by the locals from the movements of “tariki” birds seen hopping from one bundle of palay to another. It is performed by five pairs of boys and girls dressed in white shirts and pants and blouses and skirts, respectively.

Sikaran/Arnis is a foot game/sword play and is a combination of two kinds of martial arts that are uniquely Filipino. In Sikaran, the players move around like boxers. Each one aims to knock his opponent down by kicking the latter’s legs. The kicks are delivered with considerable force and agility, and sudden upward and backward movements of the foot. The use of the feet is necessary in winning over the opponent; thus, the name “sikaran” which means “to kick” came about. In arnis, the players use rattan or a wooden stick and strike each other’s sticks. The player who is able to touch his opponent’s body first with the point of his wooden stick or force him to drop his weapon is declared winner.

A 1.5 hectare of land profuse with high rising trees and shrubs which is the perfect site for camping and outdoor environmental and recreational activities. The place is also a good venue for meetings, gatherings and other occasions.

This family of prolific painters welcomes visitors to their private museum housing their vast collection of artworks. The head of the clan, renowned artist Jose D. Blanco, has obviously handed down to his many children his great creativity and talent.

Named after the term hamaka or hammock. For the many years past, this was the means of transporting ladies on their way to the pilgrimage site of Nuestra Senora dela Paz y Buenviaje (Our Lady of Peace and Good Voyage). The hammock was borne by two men who hike up and down the hilly terrain of Antipolo with their precious cargo comfortably settled in the hamaka.

Pamitinan Cave is a historic site. It is where Andres Bonifacio, together with other 8 katipuneros declared independence from Spain on April 12, 1895, a year before the start of the Philippine revolution. The cave still bears the inscription of Andres Bonifacio and his followers: “Viva la Independencia Filipinas”

Wawa Dam is located at the picturesque foothills of the Sierra Madre mountains. It supplies water to parts of the metropolis, passing through large pipes. It has a beautiful gorge which lies between two limestone mountains. Four caves are said to have been inhabited by the Japanese soldiers during the Second World War. Wawa Dam is a key ecotourism site in the Southern Tagalog region.

The land area, terrain and topography of the valley meet the criteria for a standard championship golf course. The clubhouse is the venue for special events and fellowship of club members and guests.

Angono, Binangonan, Tanay and Morong abound with art galleries and artist havens where traditional and contemporary paintings and masterpieces are arrayed. A visitor imbibes the culture and artistic genius of the Filipino. The galleries of Vicente Manansala in Binangonan; the galleries of Blanco and Nemiranda in Angono; the Pacheco Gallery in Morong. The Antipolo and Angono Art Galleries are excellent sources of artworks by the artists of Rizal.

Rizal province is well known for its bountiful harvest of fruits and the rich bounty of freshwater catch from Laguna de Bay.

Many native-styled restaurants rise above fishponds and beneath shaded groves, serving fresh fish, cooked to specifications.

Cainta is famous for coco jam, a sticky-sweet concoction. In summer, the stalls around the Cathedral of Antipolo sell hot cashew nuts, suman, a delicacy of sticky rice rolled and wrapped in coconut fronds and a variety of summer fruits like mangoes, duhat and sineguelas. 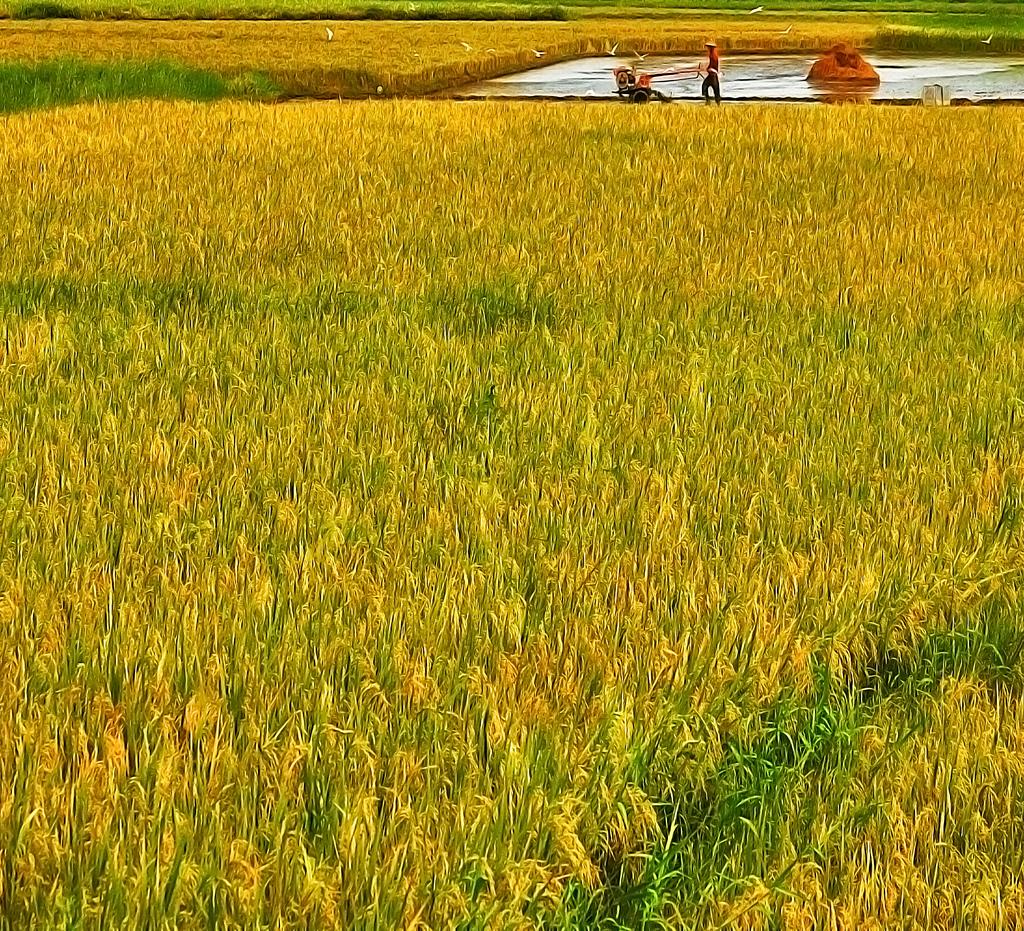 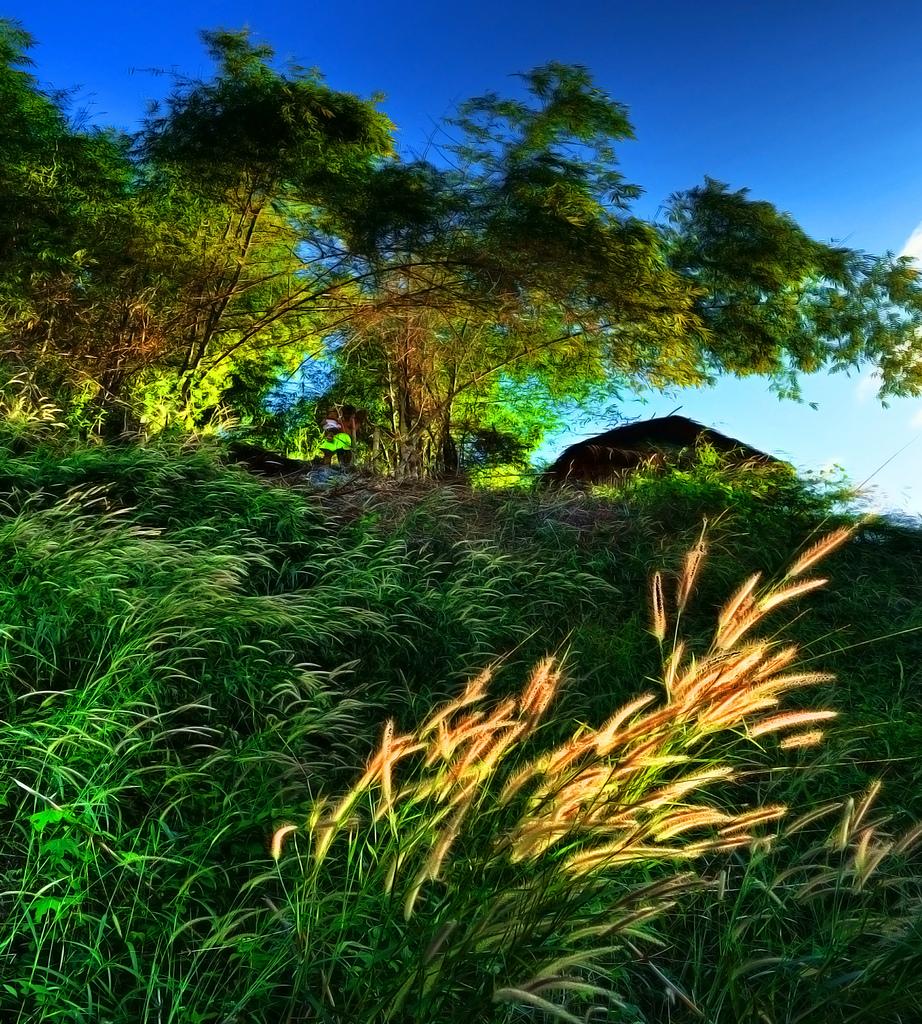 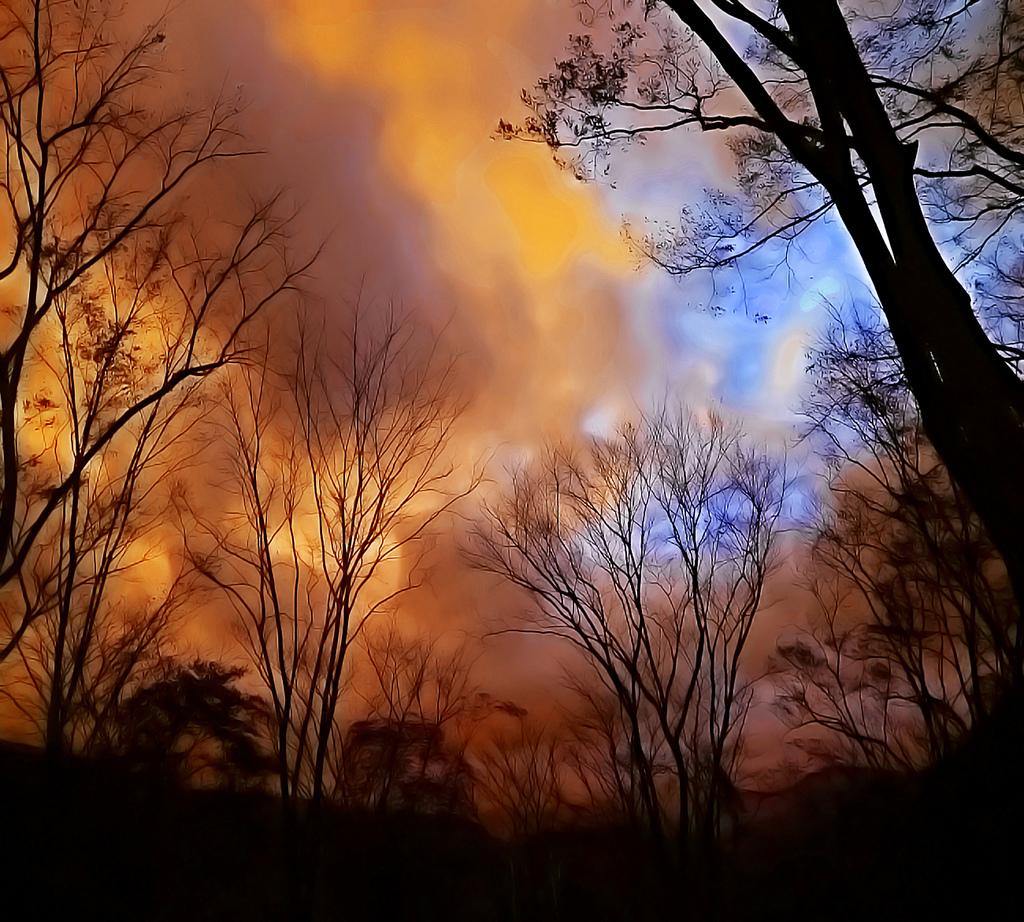 Here is the list of hotels and resorts near in the province.