Adventurers and vacationers have long flocked to Biliran to partake in its many natural and manmade attractions.  This island province has never ceased to amaze its visitors as fascinating beaches, islands, springs and waterfalls are showcased in this distant but enigmatic land.

Biliran is an island province situated in the Eastern Visayas region of the Philippines. It is located just a few kilometers north of Leyte Island. Naval is the capital city of Biliran. It is one of the smallest and newest provinces in the country. Before, Biliran is a sub-province of Leyte. In 1992, the province achieved its full-fledged provincehood. During the early Spanish era, what is now called Biliran Island was known as Isla de Panamao. The term refers to an ethnic fishing net. The present name, believed to be adopted sometime between the late 17th century and the early 18th century, was, according to many publications, derived from a native grass called borobiliran which once grew abundantly on the island's plains. A contending theory states that the name came from the word bilir, which was defined in an old Visayan dictionary to be the “corner or edge of a boat, vase or anything protruding, like veins, or the furrow made by a plow.” The dictionary also gives biliran as an alternate spelling for bilir. This theory is supported by the fact that Biliran was the site of the first large-scale shipyard, built in the 17th century. Galleons were built to support the Galleon trade between Manila and Acapulco in Mexico.

The first town, named Biliran, was founded in 1712. During this time, the island was a part of Cebu Province. Biliran, together with the islands of Samar and Leyte, was constituted into a separate province in 1735. Later when Samar and Leyte were split into two provinces in 1768, Biliran became part of Leyte Province and turned into a separate province in 1992.

The province of Biliran is also a haven for natural attractions. It proved to be a part of the growing tourism in the Philippines:

Facilities: Conference hall, air-conditioned rooms, boats for rent, meals upon request with chicken-in-the-barrel as the specialty.

Attractions: White sandy beach stretching from both sides of a cove with a lovely Dalutan Island on the horizon.

Location: Caray-Caray, Naval about 2.48 kilometers from the junction of the national road; 15 minutes from Naval.

Attractions: White sandy beach with mangrove and nipa palms blending in its landscape; view of the coast of Calubian, Leyte across Biliran Strait; ideal for swimming and picnicking.

Attractions: A small stretch of white sandy beach and boulders.

Location: Maripipi, Biliran, one hour and 30 minutes from Naval by pumpboat.

Location: One hour and 30 minutes away from Naval by motor boat.

Description: An island municipality of Biliran with 13 barangays.

Location: Forty-five minutes from Naval, Biliran by motor boat. Closer to the tip of Northern Leyte.

Attractions: Moving sand bar extending about 200 meters to the sea; one huge coral rock--a reef that was thrust up from the ocean's floor centuries ago. The fields are studded with gigantic clam shells measuring up to a meter wide. The island has several white sand beaches sprinkled with exotic shells newly washed up from the seabed. Facing an open sea, the white sand beach, cool pristine waters and exotic rock formations of Higatanangan Island is itself nature at its best.

Attractions: White coral beach; ideal for spear fishing and diving; nearby is the bat cave of Tingkasan Island.

Location: Caibiran, Province of Biliran, 20 minutes from the town proper by motor boat.

Attractions: Has unbelievably clear and sweet-tasting waters said to be a wondrous elixir capable of legendary healing powers. Up to seven other falls are to be found in less accessible spots.

Attractions: A 30-foot waterfalls amidst a tropical forest; hear the chirping of the birds and see the playful monkeys perched on top of the trees. PNOC studies reveal 3.5 hydro-power megawatts potential source; cool and enchanting for bathing.

Location: Caibiran, Biliran; approximately 40 minutes by jeepney from Naval via the cross-country road to Caibiran.

Description: A twin pool (one for adults and another for children) fed by a free-flowing mineral spring water and shaded by coconut trees and other lush tropical plants. The resort's cool waters and invigorating atmosphere offers absolute relaxation to any visitor.

Facilities: Amenities which include a conference hall, kiosks, comfort and dressing rooms makes it ideal for seminars and conferences.

Location: Caibiran, Biliran, one hour from Naval through the Cross-Country Road.

Attraction: A swimming pool of natural spring water; cool climate due to big shady trees and tropical plants surrounding the area and the nearness to the sea.

Location: Municipality of Almeria, approximately 15 minutes by land transport from the town proper.

Description: A replica of Ifugao ingenuity, the rice terraces symbolizes the wise use of land resources and the sufficiency in staple food production for which Biliran is noted for in the entirety of Region VIII.

Description: The falls are hidden away in dense undergrowth and huge mahogany trees rising like giant pillars from the jungle, some with roots over three meters wide. A river drops over a steep rock face and falls 80 meters into a large pool below. A narrow steep trail surrounded by lush foliage leads to this 40-foot waterfall.

Attraction: The falls is 20 meters high hidden in dense undergrowth.

Attraction: The 25-foot waterfall is so cool and soothing.

Location: Municipality of Biliran; a 30-minute hike from Brgy. Hugpa.

Attraction: Revered because the legend states that Father Gaspar, after leading the settlers from the coast of Biliran to elude Moro pirates' attacks, found in this place a safe source of water. Fr. Gaspar thrust his holy cane into the ground, murmured some Latin words and spring water gushed forth. Today, this spring supplies the water to Brgy. Hugpa. Devotees go on a pilgrimage every Monday.

Location: Municipality of Biliran; about 5 minutes by land from the town proper.

Attraction: The ruins of the islands' earliest settlement. 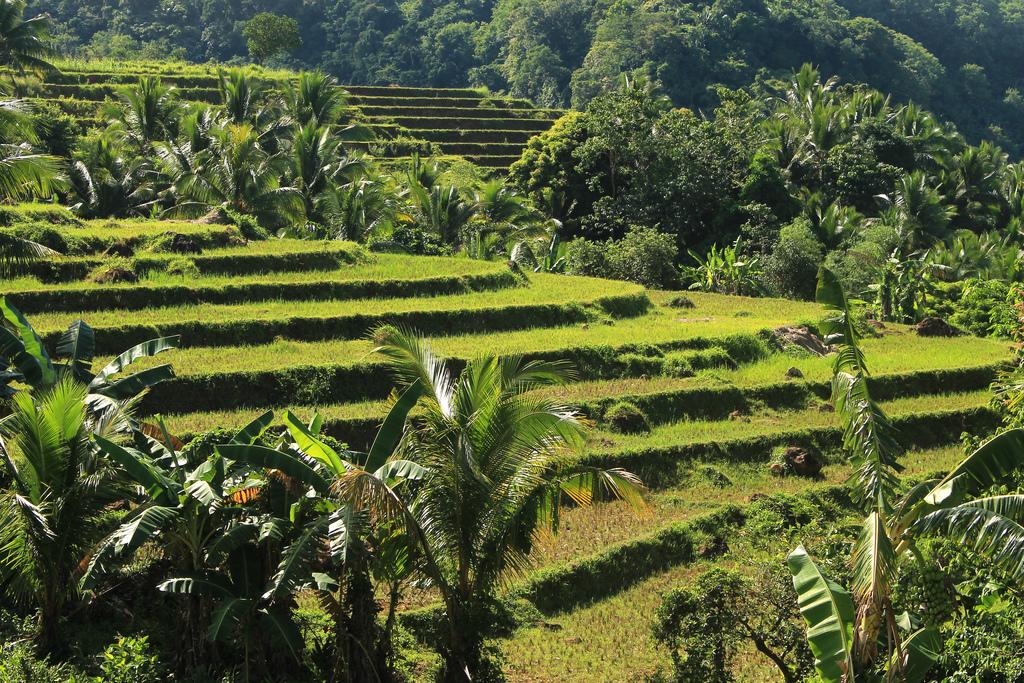 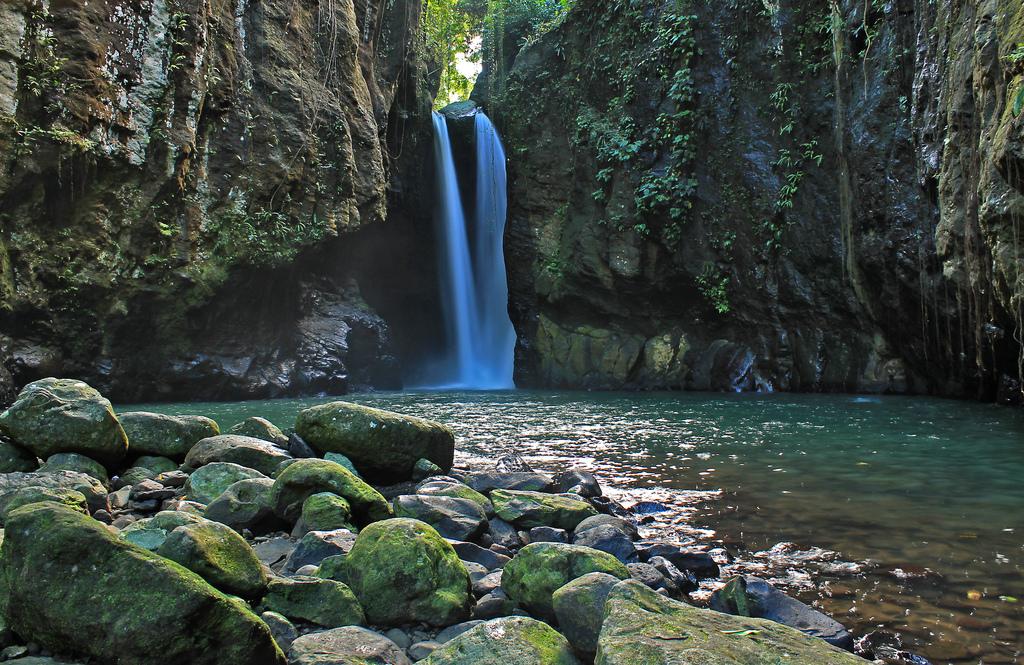 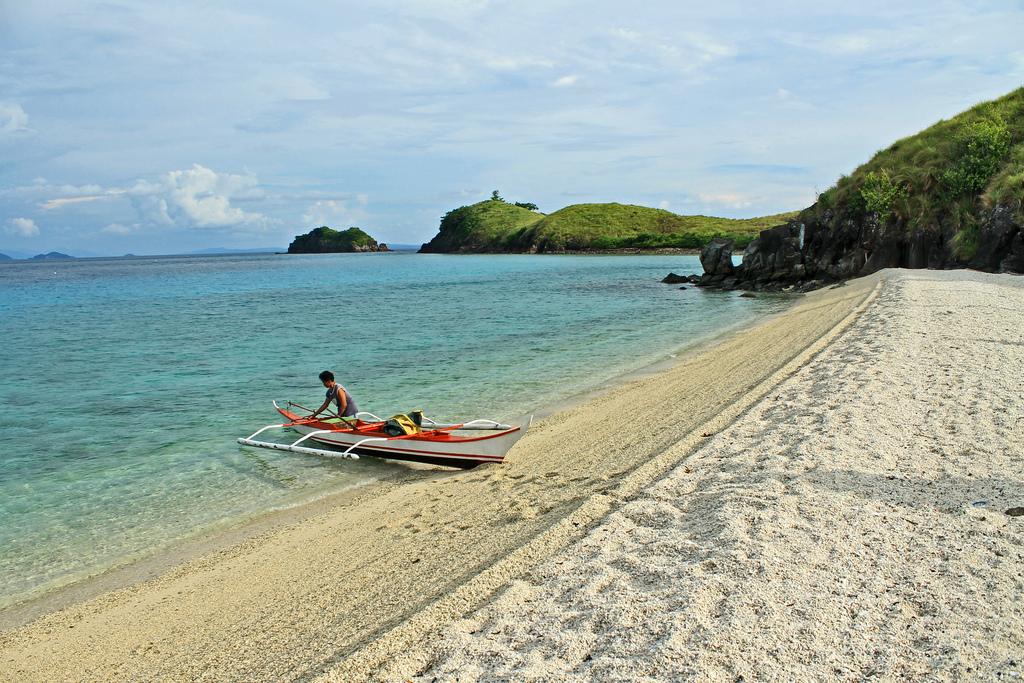 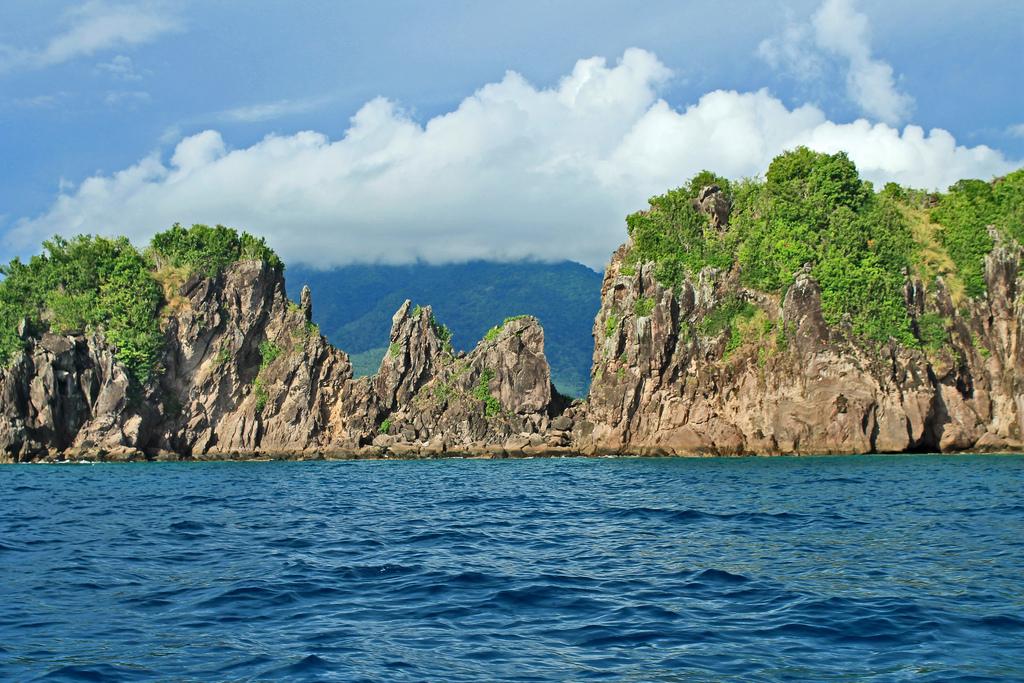 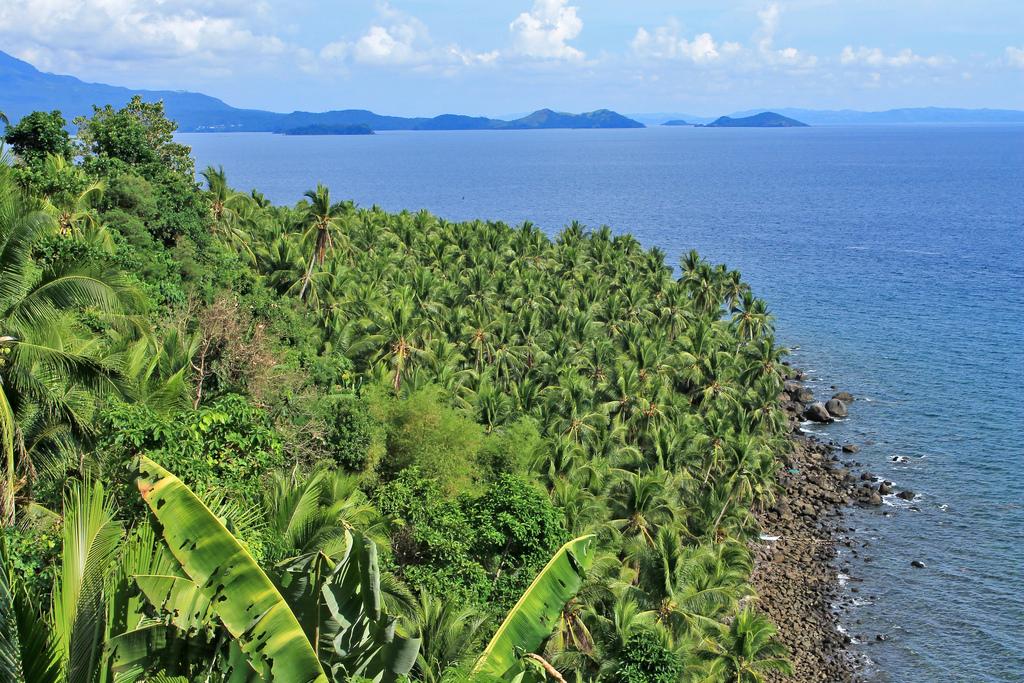 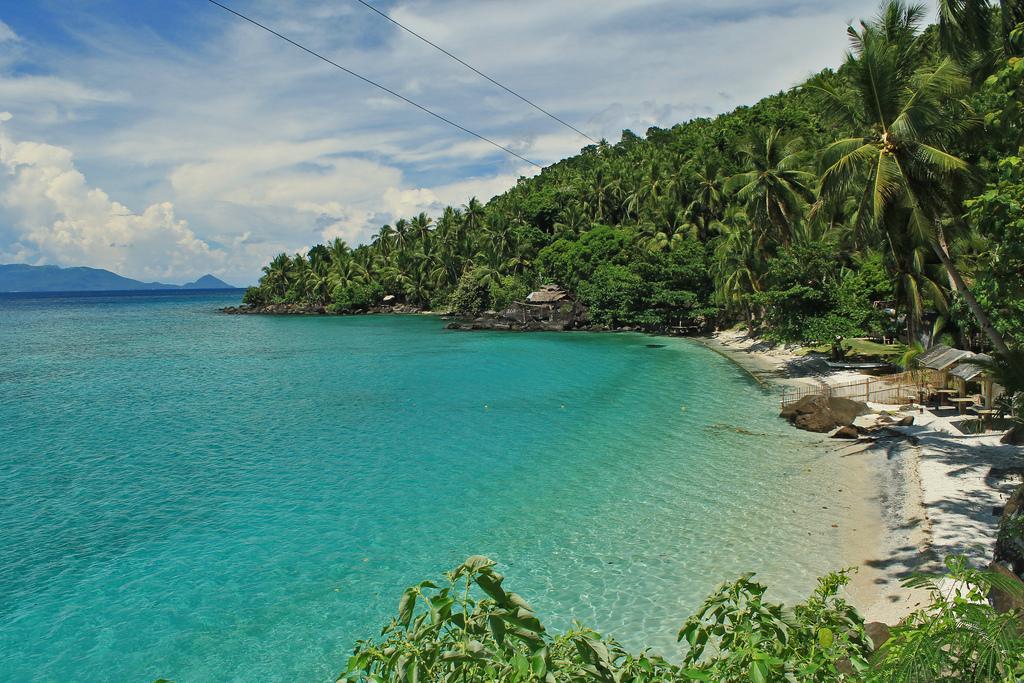 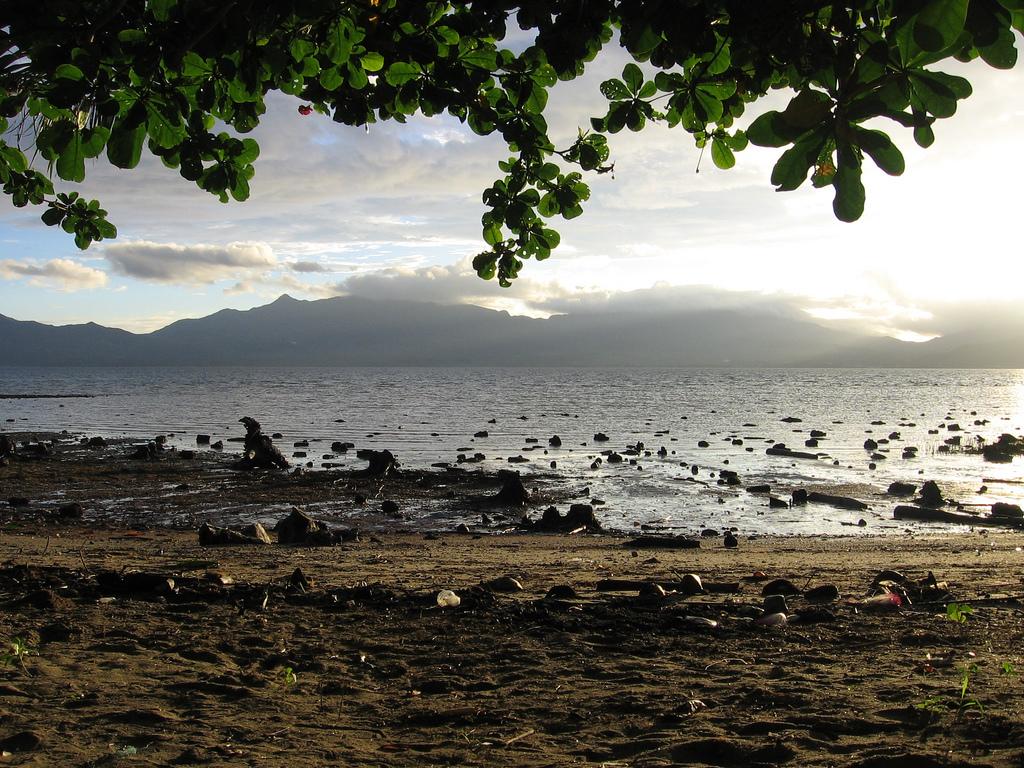 Here is the list of accommodations that can be found in Naval City that offer comfortable rooms and good services to everyone who wishes to visit the province of Biliran:

Tourists can reach Biliran by air travel via Tacloban City. Local airlines from Manila have daily trips to Tacloban City.  From there, Buses and vans are available as a mode of transportation going to Naval. Travel time will take more or less 3 hours from Tacloban to Naval.

Tourists can also reach Biliran by riding a ferry boat from Cebu going to Ormoc City. From there, air-conditioned vans have trips going to Naval.