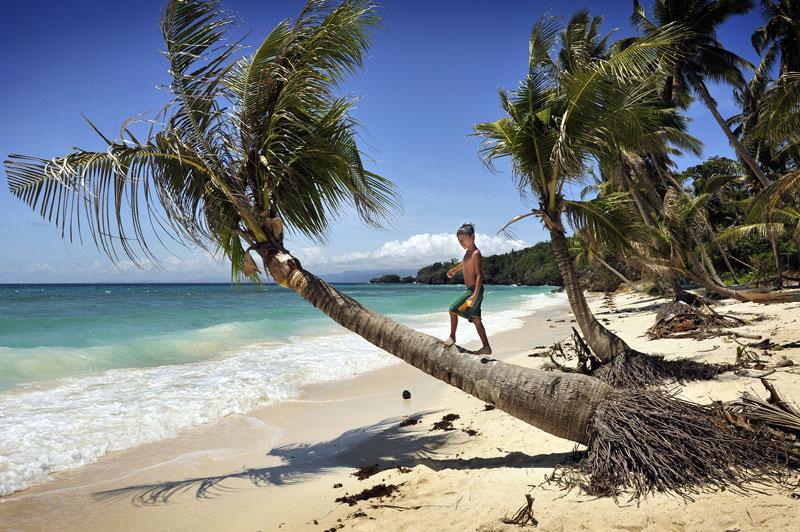 Made up of twenty beautiful islands which have been likened to the Mediterranean island, the island of Romblon is called the “Marble Country” because it is the Philippines’ main source of marble. Apart from marble, there is more to see in Romblon and it is the tourist attractions that vary from crystal –clear rivers to waterfalls and unspoiled beaches. A famous spot for mountain climbers is the Mt. Guiting-Guiting on Sibuyan Island with a height of 2.058 meters and it is considered as a challenge to them. 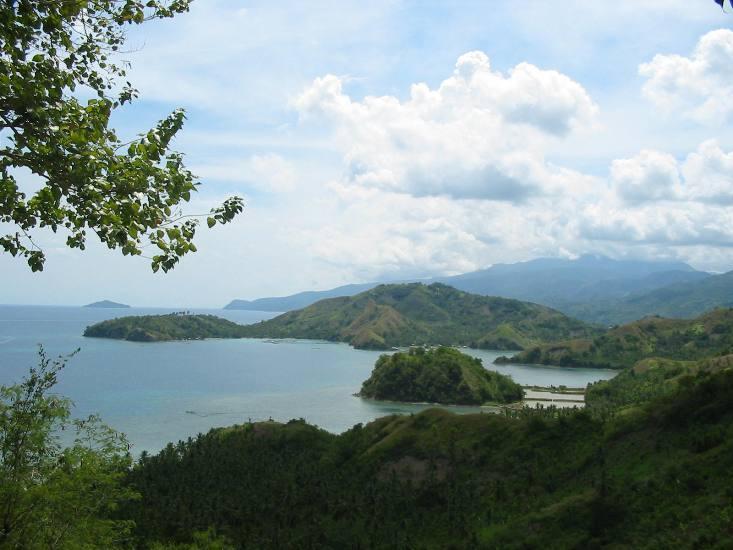 Dubbed as the “Sunrise Capital of the Philippines”, Davao Oriental is considered a perfect destination to watch the sunrise. In not just offer a good view of the rising sun but it boasts many tourist attractions that include the ‘bonsai forest’ at Mt. Hamiguitan, plesiosaur-shaped “Dinosaur Island”, “Tinagong Dagat” and Cape San Agustin where legend says that St. Francis Xavier celebrated his first mass here. The earliest sunrise of the millennium was also seen here, in Pusan Point. There are also beautiful beaches and waterfalls in Davao Oriental. Known to many as a place of mysticism, enchantments and magic, Siquijor also has great tourist attractions to offer. It is also called “Isla del Fuego” or the “Isle of Fire” and is frequently associated with events that are out of the explanation of science. For some, traveling here is dangerous but for those who already visited this island, it is a beautiful place full of natural white sand beaches, coral reefs, caves and forests that are worth discovering.

Considered as one of the oldest pre-Hispanic settlements in the Philippines, Antique has many scenic beauties to offer to nature-lovers. According to legend, Antique or Hamtik was the realm of Datu Sumakwel and was the first large Malay settlement in the country. The province has lovely waterfalls, lakes and rivers including the Itiao River which is ideal for kayaking. Its highest peak is the legendary Mt. Madia-as, it is said to be the home of ancient gods and it is home to rare flora and fauna. Situated in the Bicol Region and near the Pacific Ocean, the island of Catanduanes is another tourist destination that is worth visiting. It is still virtually untouched by tourists, making it a perfect vacation getaway for those who to relax and feel the tranquility of nature. The Puraran Beach in the town of Baras, is the site of the “Majestic” waves that are prized by surfers. Catanduanes also has unspoiled white beaches all along its coastline. There are also waterfalls that can be seen on the island. Dubbed as the “Summer Capital of the South”, Lake Sebu is a protected landscape and the ancestral home of the T’boli people. It is located in the Daguma Mountains of SOCCSKSARGEN and boasts three beautiful mountain lakes: Sebu, Seloton and Lahit. It has seven breathtaking waterfalls that tourists will be surely amazed. T’bolis rich culture and heritage are can be seen here through their world-famous t’nalak cloth. The scenic view of this place is perfect for photographers who want to capture the alluring beauty of nature.

The municipality of Glan is the first settlement by pioneers from Luzon and Visayas in 1914 in SOCCSKSARGEN. Glan has a huge tourism potential because of the white sand beaches and crystalline-clear water and a destination where mountain meets the sea. An ideal vacation spot in the town is the Gumasa Beach; it is also called the “Small Boracay of South”. It is like Boracay but without the commercial developments. Known as the birthplace of the first Commonwealth President Manuel L. Quezon, Baler is a place caught between the mountains and the sea. The place is identified by Google in 2009 as the top beach destination in the Philippines. It was also described by Yahoo! Southeast Asia as one of the top surfing spots in the country. The town’s natural beauties remain unspoiled that are waiting to be discovered. This place is hidden away in the province of Zambales, but not far from Subic. It is a lovely fishing village and a great haven for beach bums and surfers. Pundaquit faces the West Philippine Sea and it has calm shorelines that are sheltered by Camara and Capones Islands. This tranquil destination was the setting for some of the scenes in hit teleserye “Esperanza” and served as a backdrop of the Villa Santibañez resort in another hit teleserye “Mari Mar”.

To complete the list, Caramoan Peninsula is another hidden paradise. It is situated in Camarines Sur and perfect for swimming, island hopping and nature-tripping. Caramoan served as the site for many “Survivor” franchises (a hit reality T.V. show). It has many white sand beaches, waterfalls as well as islands that are perfectly embedded in the peninsula. There are also caves for thrill seekers and cliffs for rock climbers.