Explore the Island of Catanduanes 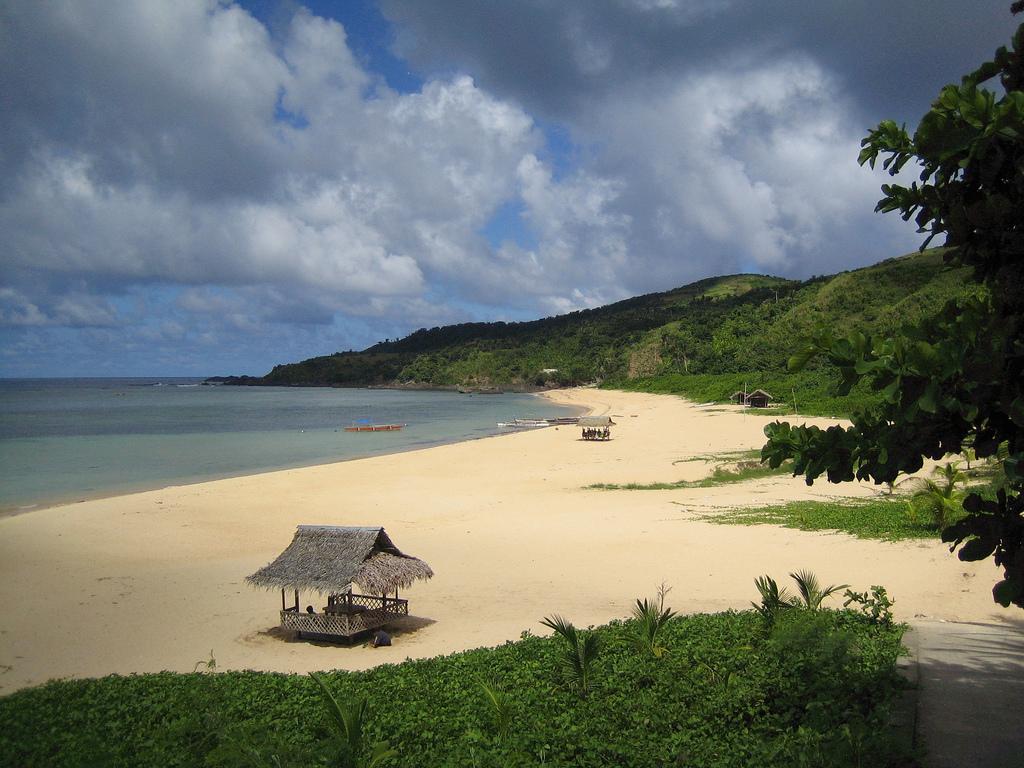 Catanduanes is an island province of the Philippines located in the Bicol Region in Luzon. Its capital is Virac and the province lies to the east of Camarines Sur across the Maqueda Channel.  Catanduanes is an island filled with the many gifts of nature in its pristine shorelines, beaches, lush forests, and unique land formations that beckon visitors from all over the world to come, explore, and enjoy themselves. 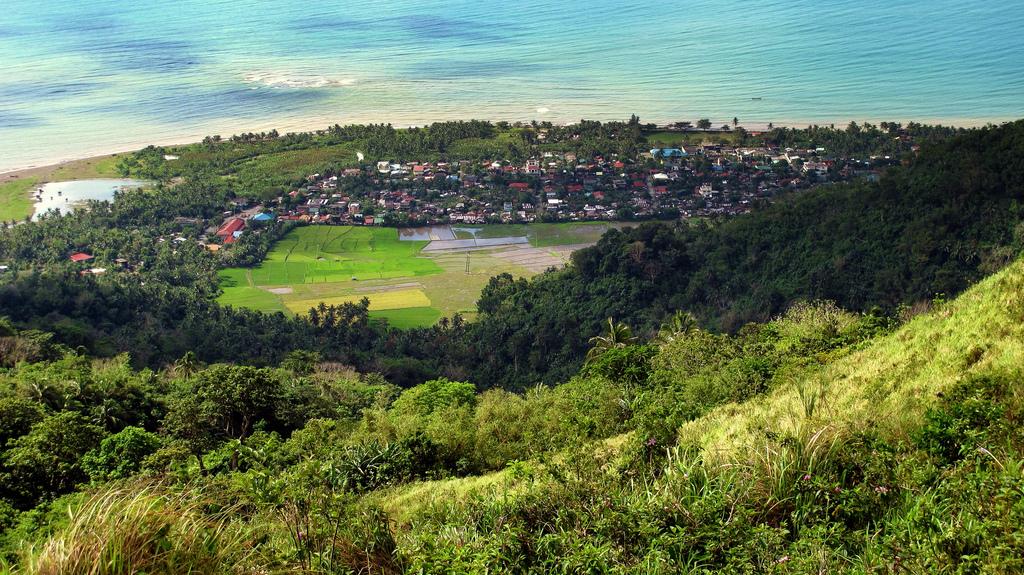 Catanduanes is a lush island of mountains and water. Forest covers about 46 percent of the total land area. Surfacing from the mountains are numerous springs, waterfalls and rivers trailing out into the ocean. The island is lined with more than 20 islets and rocks that give it an interesting shoreline. It also provides the choice of deep swells and surfs of the Pacific Ocean in the northeastern tip. On the southern tip, one can view the gentle lolling of the ebb and flow of the waters of the Maqueda Channel over cream sand beaches.

Abaca and lasa abound in the whole province. Native products made of abaca fiber like bags, lamps, utility boxes, handmade paper, among others, adorn the local souvenir shops and serve as local "pasalubong" and souvenirs. Lately, the indigenous abaca fiber, commonly called “Pinukpok,” produced and woven by the locals of Baras, Catanduanes, has now found its niche in the local and international fashion industry. This indigenous fabric has shown its versatility in the globally appealing designs and creations of famous fashion designer Dita Sandico-Ong.

"Isla de Cobos" was the Catanduanes' first adopted name. It was earned as such during the early part of 1573 when Spanish conquistadores came upon several tribes living in the thatched huts called cobos.

Catanduanes, is a hispanized term derived from the word tandu, a native beetle and the samdong tree, which were both found in abundance throughout the island. A common reference to "katanduan" or "kasamdongan", meaning a place where the tandu or the samdong tree thrives in abundance, led to the coining of the word Catanduanes.

The province, formerly known as "Catanduan," "Catandognan," and finally, "Catanduanes," derived its name from the "tando" trees which then abound in the Island. In 1573, Juan de Saceldo explored Catanduanes. Later, on January 6, 1576, Fr. Diego de herrera with nine Augustinians sailed from Acapulco to the Philippines aboard the galleon, "Espiritu Santo."

Although it was reported that the galleon was shipwrecked near the coast of Catanduanes in April 1576, the others claimed that the disaster was caused by bad weather and all the crew members perished. Some said that the survivors were either killed by natives or made servants of a certain "Datu" of the island

Catanduanes was once a part of Ibalon, now Albay. The ecclesiastical mission in the province was controlled by Nueva Caceres. However, in 1582, it was allotted to four "encomendoeros.

In 1755, the Muslims overran the island, defeated the "alcalde mayor," and pillaged and burned the towns including important ecclesiastical and municipal records.

During the Philippine Revolution, the Spaniards left Catanduanes on a motorboat named Josefa on September 18, 1898, before the arrival of the first Philippine revolutionary troops under Major Estanislao Legazpi

When the Philippine-American war broke out, Brigadier General William A. Kobbe occupied Virac on January 24, 1900.

The island was governed by the Japanese Imperial Forces after they occupied Legazpi in 1941. After the liberation of Bicol region in 1945, including Catanduanes, the United States Armed Forces maintained a military base in Panay island.

In the town of Bato, Msgr. Teotimo Pacis, Bishop of Legazpi, declared the Holy Cross of Batalay as a Diocesan Shrine on April 1, 1973. The cross was said to be the place by Geronimo Galves at the burial site of Fr. Herrera in 1576.

The surfing area boasts of a magnificent view of mountains and coves. Photo enthusiasts could get a perfect view of the sunrise in this area. For holiday seekers, this is a place for total relaxation, communing with nature, and simply, rejuvenation and serenity.

Splash in waters of incredible clarity beneath which lie sanctuaries of rich and colorful marine life. Its underwater coral formations offer an added adventure for spear fishing and snorkeling. Scuba diving, either as a fun-filled introduction or a recreational dive, is a very promising activity in this resort.

Its shoreline is covered with fine white sand and its pristine azure waters never fail to lure visitors to take a dip. It faces the mainland Bicol where one could take a full view of the breathtaking Mayon Volcano. Accommodations are truly classy and elegant.

Easily accessible and reasonably priced accommodations make the pristine waters and creamy waved-combed sands of this vacation spot more appealing to the beach-goers. Its clear ambiance is relaxing experience.

The whole stretch of Balite and Mamangal continues to beguile visitors with its unspoiled beauty â€“ an asset which the locals within the area are guarding zealously. The sprawling beach is covered with cool and shady trees and blessed with fine white sands, both in the shorelines and in the swimming area. Provides an alternative area for recreation, fun, relaxation, and picnics

It boasts of luxurious and world-class air-condition cottages, an orchidarium, and a spring-fed swimming pool. Its complete line of scuba diving equipment makes it stand out from the rest of the resorts. Luxuriate in the comforts of truly high-end accommodation facilities.

Bask in the glow of deep blue waters stretching like an expanse of warm silk that kisses the velvety sky. Complete with amenities like a swimming pool, restaurant and bar, and hostel accommodations.

Secluded and relatively unexplored, the waterfalls beckon trekkers for a refreshing dip. Located along lush vegetation that grow under the damp mist of the clouds, creating forests with peaceful and ethereal beauty. It has several cascading waters flowing into natural pools. Cottages are available for picnic goers and adventurers at a minimal entrance fee.

Gushing with breathtaking rapids of crystal-clear waters, the cascading falls are located amid rustic surroundings and lush-green vegetation.

Crystalline waters abound with natural and colorful reefs where a big number of species swarm in the multi-colored panorama.

Located in Caramoran, the well-developed coral formations underwater makes it ideal for snorkeling and spear fishing.

The cascading waterfalls is surrounded by a lush of vegetation and forest, unspoiled brims around the site, an ideal place for picnic activities, hiking and mountain climbing. Located in San Pedro, Gigmoto

Located in Viga on the northeastern portion of the province, the cove has white beaches and when seen from a distance, the panoramic view is simply superb. The whole stretch of Soboc Cove continues to beguile visitors with its unspoiled beauty-an asset which the locals within the area are guarding zealously.

Feel the cool, damp air as you go inside this mute witness and tomb to the massacred natives who fled from the Moro pirates during the 17th century.

Located in Balite, Virac, it has a narrow opening that provides a challenging point of entry and is hidden in the midst of thickets.

Located in Buyo, Virac, the cave has beautiful stalactites and stalagmites and is surrounded by small rolling hills.

Located in Bato along the national highway. In the basin is a man-made swimming pool and a pavilion for excursionists.

Developed by a Japanese group, located in Panay, Panganiban. The beaches are all white and brilliantly clean. Ideal for surfing, skin-diving and sports fishing

Developed by First Catanduanes Electric Cooperative (FICELCO), together with the National Electrification Administration (NEA) which owned the power turbines being powered by a large waterfalls. Located at Guinobatan, Sipi Sibacungan, Bato, ideal for hiking, camping and botanical field trips.

Located at Buenavista, Bato, this weather radar station has a state of the art equipment. From the roof deck, the panoramic view of the surrounding area is simply breathtaking.

This is the former radar site of the Japanese Imperial Navy during World War II.

This magnificently situated edifice greets everyone upon entrance to the town of Bato. It is the only remaining structure of its kind in the entire island. Despite the tests of time, wars, and ravages of natural calamities, it was able to retain its old glory of the massive structure of the mortar and coral stones. It took 53 years, from 1830 to 1883, to build this Church under six different parish administrators

The site of the first cross in Catanduanes, believed to have been constructed over the grave of the shipwrecked Fr. Diego de Herrera of the Augustinian Order in 1576, who died in the barangay of Batalay. A well believed to have water with healing powers can be found in this shrine. From the town proper of Bato, it would take only 15 minutes to reach this place

The locals relate that the image of the mystical face of Our Lady of Sorrows has been found in a flooded stream near the barangay of Batong Paluay. The image was etched on a piece of stone that has progressively increased in size. At present, one can view the image with bare eyes, unlike before, when one has to use a magnifying lens. Its repository has already been replaced three times to accommodate the increasing size of the miraculous Mother Mary.

The Church of the Immaculate Conception is situated at the heart of the capital town of Virac where one can marvel at the stained glass windows.

The folk festivals celebrated as part of the local religious rituals are with unique traces of the Spanish colonization. Among these festivals are:

Dinahit Festival is a prime festival in the municipality of Pandan celebrated every April. The word Dinahit is a native sailing vessel used by the Austronesians to travel across the ocean to reach Pandan, the northernmost municipality of the province.[5] The activities of the festival include street dancing, beauty pageant, trade fair, and different contests such as carabao race and boat races.

Kalbaryo or Calvary which is commonly staged during the Holy Week is a reenactment of the passion of Christ’s way of the cross.

Kagharong is a native depiction of the nativity scene is held every year during the Yuletide season.

Pantomina is purely a native dance, popular on occasions of importance. It is a dance interpretation (pantomime) of a rooster courting a hen. Pantomina dance is mostly practiced in rural areas.

Sugbo Festival is a very recent addition to these traditional festivals. The notable contemporary event is celebrated by the seven barangays of Hitoma in Caramoran that produces sugbo or tiger grass - a bamboo like perennial grass used to make brooms. Celebrated every month of May coinciding with the Hitoma barangay fiesta, it is being institutionalized with the support of the provincial government, the LGU of Caramoran and national line agencies to promote the commercial development of the local lasa or tiger grass industry and to create signature products from tiger grass.

Catanduanes is served by Asian Spirit. This airline flies direct from Manila to and from Virac daily.

For the more adventurous tourist and sightseeing travelers, Virac is best reached through the sea. Two shipping lines - San Pablo Shipping Lines and Star Ferry - set sail from the Port of Tabaco to Virac/San Andres daily.

Tricycle is the primary mode of transport within the capital town of Virac. Jeepneys and buses ply from Virac to the different municipalities daily on scheduled time. For the more daring and adventurous, the entire province could be reached by motorcycle. 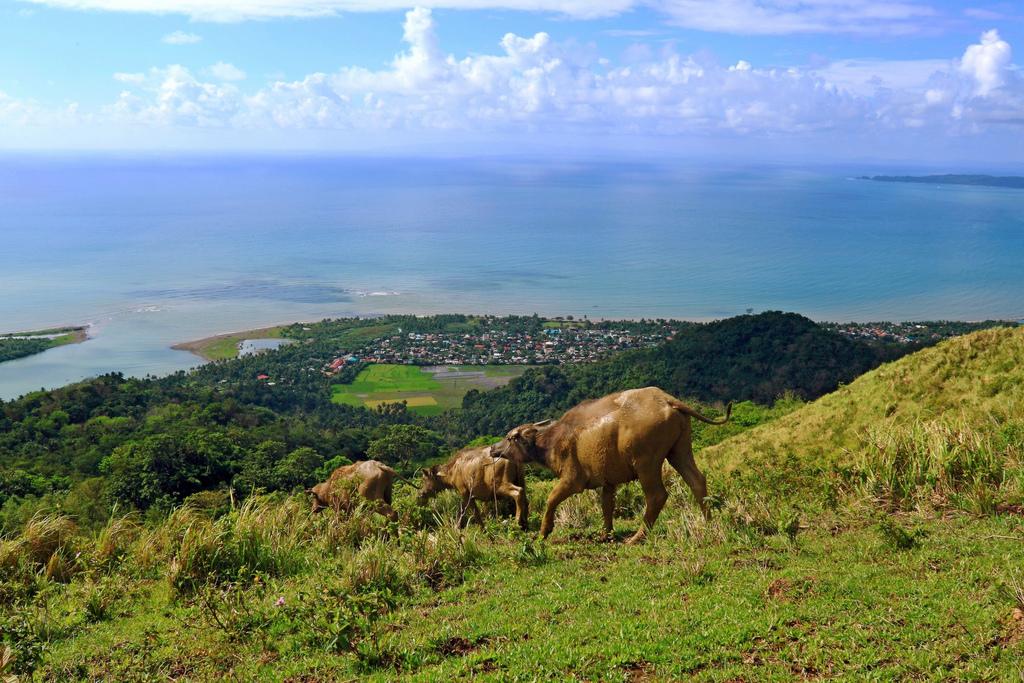 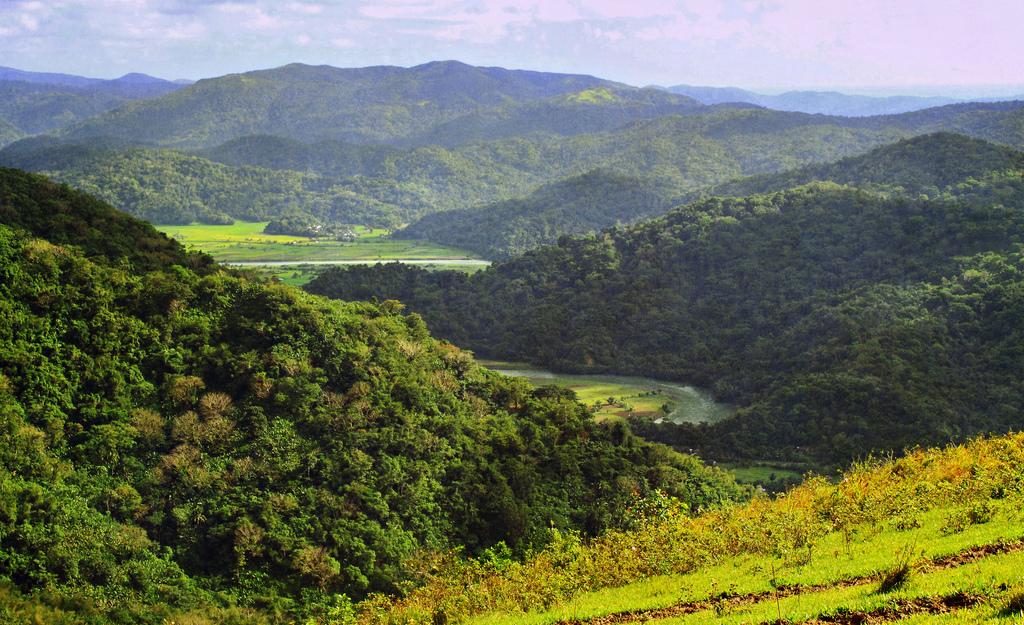