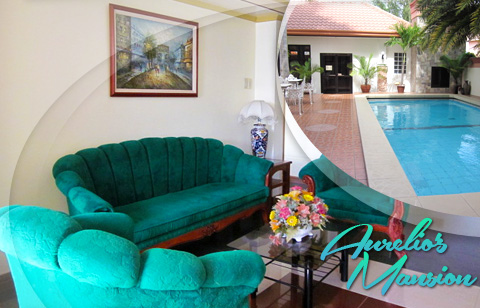 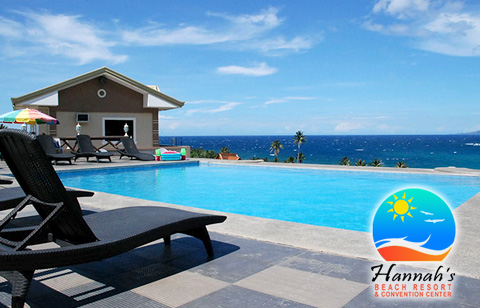 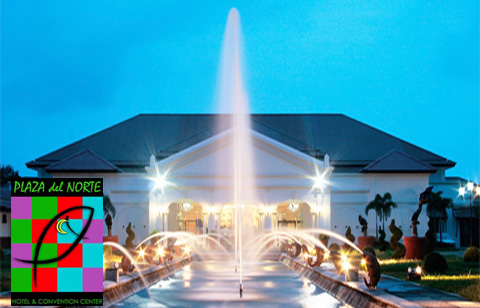 Ilocos Norte is a province of the Philippines located in the Ilocos Region in Luzon. Its capital is Laoag City and is located at the northwest corner of Luzon Island, bordering Cagayan and Apayao to the east, and Abra and Ilocos Sur to the south. Ilocos Norte faces the South China Sea to the west and the Luzon Strait to the north.

Ilocos Norte is noted for being the birthplace of former President Ferdinand E. Marcos, who led an authoritarian rule over the country during the latter half of his incumbency. The Marcoses enjoy a modicum of popularity in the province. Ilocos Norte is also known as a northern tourist destination, being the location of Fort Ilocandia, an upper class hotel and beach resort famous among expatriates, and Pagudpud.

In the 330-page The Ilocos Heritage (the 27th book written by Visitacion de la Torre), the Ilocano legacy and the life of the Ilocano – are described as - "the browbeaten, industrious, cheerful, simple soul who has shown a remarkable strain of bravery and a bit of wanderlust." The Ilocano history reveals his struggles and victories – in battles for colonial independence from Spain and America, to Philippine leadership. The new Ilocano searched for greener pastures towards new lands local and foreign - Palawan, Mindanao, Hawaii, the United States and Greece. The Ilocano material culture and spirituality can be seen in the past - images of Spanish Santo (saints), antique but intricate wooden furniture and quality local fiber. The native Ilocano is a weaver, wood carver and pottery expert. The Ilocano cuisine – ranges from the exotic "abu-os" (ant eggs) to vegetable broth "dinengdeng," and "pinakbet" the sticky "tinubong" to the "poqui-poqui" (eggplant salad). Ilocandia is filled with colonial churches, the legacy of Spanish Catholicism.

The province specializes in the following products and industries:

Declared as a UNESCO World Heritage Site in 1993, it is renowned for its unique earthquake baroque architecture.

Built in the 1980′s and the tallest in the country.  It provides a breathtaking view of the rugged Ilocos coastline.  Just a caveat, don’t look up when you’re at the base of the tower.

The gallery showcases vignettes Ilocano Culture.  A life-size Ilocano house from the Spanish period is the museum’s centerpiece and their Ilocano cigars are famous souvenirs.

The cathedral is one of the biggest in the country and is the seat of the Diocese of Laoag and built of the Italian Renaissance design. It is known for its Sinking Bell Tower.

The monument was constructed at the foot of the Marcos Bridge to serve as a memorial to the lifting of the Tobacco Monopoly in 1881.

It was built in memory of the patriot-priest, Gregorio Aglipay, founder of the “Iglesia Filipina Independiente” in 1902. The church was founded at the end of the Filipino-American War with its focus upon liberty on religious, political and social terms. His remains are interred here.

The Bacarra Church together with its bell tower were constructed by the Spanish Augustinian. It was destroyed by the intensity 7.8 earthquake on August 1983 and reconstructed and once again inaugurated in August 1984.

The restored house is now a repository of the memorabilia and reproductions of the works of the renowned painter Juan Luna.

Estimated to be 400 years old, the revered image of La Virgen Milagros de Badoc is enshrined and venerated in the more than 200 year old imposing brick-and-stone baroque Catholic Church of the Parish of Saint John the Baptist in Badoc, Ilocos Norte.

Built in the late-18th century under the leadership of the Augustinian friars, the watchtowers of Currimao served to guard an important port that served the capital Laoag.

The facade of Dingras church is similar to the structures of other churches in Ilocos. It is Baroque in style with four buttresses.  There are three large openings on the lower level and another opening for the choir loft. The facade is further embellished by a curved pediment, and scrolls or the cornice.

It is the historical birthplace of JosefaLlanesEscoda, World War II heroine and founder of Girl Scouting in the Philippines.

The church and its plaza, standing on top of a hill and reached by a grand central stairway, dominate the town center. The courtyard, bordered by a stone and brick fence, rises above two lower squares which flank it.

The 1807 Basi Revolt in Piddig, Ilocos Norte, occurred when the Philippines’ Spanish rulers effectively banned the private manufacture of the beverage.

Mons. Aglipay led the group of Filipino Priests in their declaration of independence from Rome. As a result, they established the “Iglesia Filipina Independiente.” Consequently, the first mass of the newly born church was first celebrated in Kullabeng.

The old Roman Catholic Church, the beautiful San Nicolas de Tolentino Parish Church which was built in 1701, speaks of the numerous people who kept the Catholic faith alive despite the turmoil of the past 400 years brought about by calamities that destroyed the church building.

Of all churches in the Ilocos, Sarrat looks the most neo-classical in style. It was also in this church where the Wedding of the Century was held (Irene Romualdez Marcos and GreggyAraneta). About 105 meters in length, it is the longest in Ilocos Norte.

The church in Vintar was built in the 1830s, and the core of the convento was begun in 1806 but finished only in the 1860s. Both underwent renovation toward the last quarter of the 19th century.

A dance between a man and a woman in which they sway their hands and stomp their feet while following the beat of the gong or “gansa” and drum or “ludag” as their musical instrument.

The Ilocos Norte sand dunes is an 85 sq km land formation unique in Southeast Asia, and a popular spot for 4×4 and ATV. For thrill seekers, sand boarding is a must. Best time for 4×4 will be early in the morning or late in the afternoon.

A haven for tourists, Pagudpud has also been discovered as the best location for water sports.  The waves at Blue Lagoon in Balaoi has attracted pro-surfers and is great for wind and wave lovers.

International pro-surfers Pete Cabrinha and Susi Mai say that Ilocos Norte is the future of wind sports and the beach at the Bangui Windmills provide a dynamic backdrop for kite boarding.

This body of freshwater was declared as a National Park under Republic Act 5631 on June 21, 1969. Known in earlier days as Nangguyudan, legend has it that a village lied beneath Paoay Lake’s still waters.

The complex is an 18-hole golf course with complete facilities and amenities. It has a land area of 77 hectares and was designed by Gary Player.

The actual island is not particularly large and sits roughly a kilometre off the town of Badoc.

Abang Falls has two tiers from which water cascades downstream. The surrounding boulders and cliffs are filled with wild ferns and air plants to delight plant enthusiasts.

One of the golden acres of the town of Burgos is this massive rock formation that juts out into the sea. Seen up close, it is a dazzling bright white rock that sparkles in the sun. Capurpuraoan is a showcase of the wind and water power on rock and coral.

It is home to natural blue pools and various falls.

Pangil beach is bordered by an extensive coral rock formation, fascinating for marine enthusiasts. The shallow and calm beaches of Currimao in general make it perfect for family outing and snorkeling.

Located at Matarongtong, Pagudpud, the reverberating, endlessly down pouring water creates a rhapsody which invokes life to sightseers.

This rock formation was naturally formed by the strong waves and wind and is said to resemble a woman’s private parts.

The islands are two identical mountains. Legend says long ago there were two brothers who were very close to each other. They had made a vow to remain together until death.

The Falls are a very popular place to visit when in Pagudpud. The cool waters cascade some 87 feet into a natural concave basin.

The mangroves in Davila are one of the newest eco-tourism sites in the province. It is home to an array of marine life.

This river resort also boosts of its clear and cool water especially during summer.  It is also a favorite picnic ground for both local and foreign tourists.

The Dua-dua Falls is found at the eastern mountainous part of Barangay Manalpac.  It is a favorite destination for mountain climbers as trekking is made all the more exciting because of the physical attribute of the pathway traveled to reach the falls.

The Vintar River and its tributaries from an intricate lattice of waterways that weave through the valley to keep the land constantly irrigated and fertile.

The most popular falls in Adams, it is about 20 feet of natural waterfalls with two basins.

The popular Buluriver originated in Adams, much to the delight of avid kayakers and white water rafters.

ParaisotiCaribquib used to be a forest until April 2010, when they successfully finished the project.  Ecotourism development is paving the way to progress for this agricultural town in the eastern portion of Ilocos Norte.

The people of Banna take pride in an enchanted mountain called Mount Mawakwakar. The mountain is shrouded in mystery and several local legends have sprung from it. Many people believe in the healing power of the water from Mount Mawakwakar.

The place is a plethora of fruit bearing trees and richly vast vegetation of wild and edible plants. Birds of all kinds inhabited the place long before the development started. And trying to recapture them by giving a better and favorable environment. The area has a diversified soil strata, some fossilized shells mounted on sand that undergone sedimentation. Corals also found underneath the sub-soils. The soil conditions were sticky to sandy loam. The large amount of clay deposits used chiefly for the production of red bricks are also present.

An eco park for picnickers and swimmers, it is 150 meters from the highway located at the town proper of Burgos. It is an ideal location for an orchid farm. 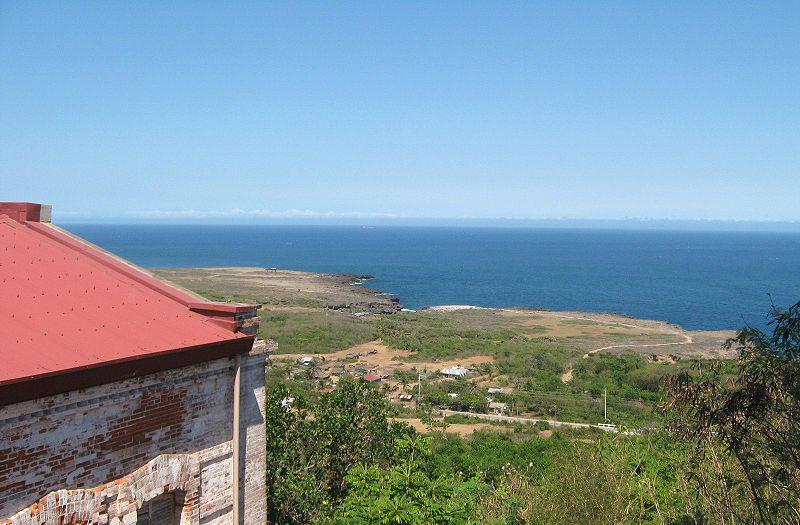 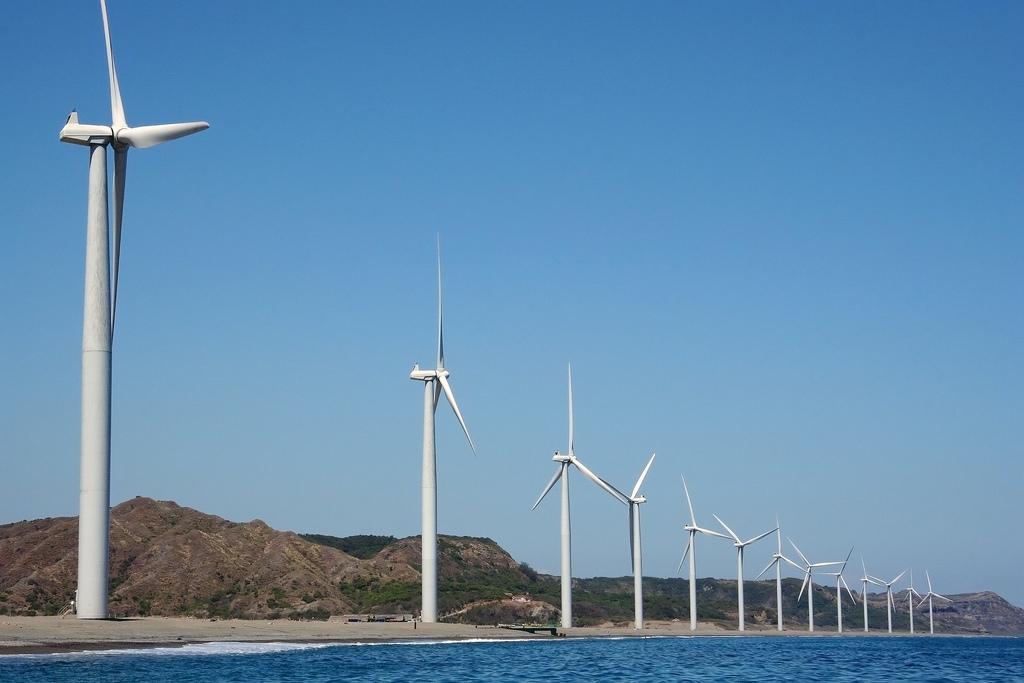 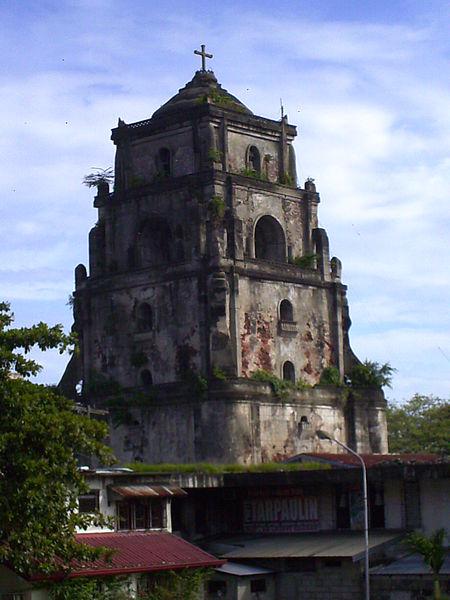